It’s been a year of firsts for the 10 UC Davis Redwood SEED Scholars.

The first time living away from home. The first time navigating their way around a college campus to attend classes. Their first internships or jobs. And for some, a first in terms of friendship.

“This is my first time actually having friends with disabilities before, so it feels good. I’m just happy that I have friends like this in my life now,” said scholar Olivia Adams-Falconer, who had dreamed of studying at UC Davis ever since her older brother attended the school a number of years ago.

Redwood SEED Scholars is a first-in-California, four-year residential program on a college campus for students with intellectual disabilities. Instead of bachelor’s degrees, the students work toward a practical credential while preparing for employment. 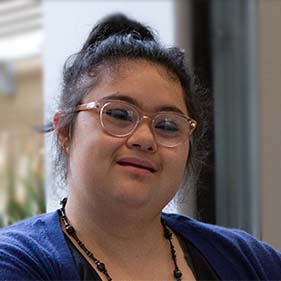 It feels to me that this program is like a family.” —Cristina Riegos, Redwood SEED scholar

“They tried things they never tried before,” said Redwood SEED Scholars Co-director Beth Foraker. “The stories of those personal choices to be brave even when they don’t want to – and watching them do it – you know, from bike riding, navigating campus, going off campus, developing relationships – all of it, it’s been beautiful.”

The program was created by the UC Davis MIND Institute, which specializes in the research and treatment of neurodevelopmental disabilities, and the UC Davis Office of Diversity, Equity and Inclusion. MIND Institute Director Leonard Abbeduto and Vice Chancellor of Diversity, Equity and Inclusion Renetta Garrison Tull co-direct the program with Foraker. Redwood SEED Scholars is funded largely by a grant from the U.S. Department of Education.

The scholars took six foundational courses during their first year that were designed just for the program: literacy and writing, math and budgeting, sexual health, self-regulation, civics and communication and technology. They also took typical courses, including Nutrition 10. The students are now choosing electives for next year.

Howarth previously won a gold medal swimming in the Special Olympics and was eager to swim on campus. Like all the Redwood SEED Scholars, she was teamed up with mentors who helped with academic, social, residential, health and wellness needs. The mentors came from both the Sacramento and Davis campuses, including the UC Davis School of Medicine.

One of Howarth’s mentors taught Sophie the path to the recreational center pool so she could bike there, helped her learn the free swim hours and how to use the locker room.

“We went swimming every Friday after work. It was really fun,” Howarth said, smiling.

These life skills and new experiences are critical, says Foraker. “It opens up everything for Sophie. She now has her freedom to go the rec pool whenever she wants and can take other people,” Foraker explained.

Scholars also learned how to manage their time – and their school assignments, too.

“The homework and schoolwork load was somewhat a little bit hard, but at the same time, for me, I like to challenge myself, so I would push myself for most of the time,” Adams-Falconer explained.

To prepare for future employment, the scholars had internships on campus at a variety of locations, including the women’s volleyball team, the craft center, library and police department.

Foraker points out that inclusion is symbiotic; the scholars leave an imprint on everyone they encounter on campus.

“The ripples are tiny but really impactful and they do change lives. They change perceptions, they change understanding of what inclusion looks like and it’s really profoundly important,” Foraker stressed.

Most scholars expressed bittersweet emotions about the end of the program’s inaugural year.

“I have no words to be honest, because it’s been a lot of fun and the year went by really fast and to be honest, I don’t really want to go home,” Adams-Falconer said.

For many, friendships and social connection were key to their happiness and success over the past year.

“It was really awesome to hang out with my friends and I love them so much,” scholar Ryan Fitch said.

Fitch noted that he had gotten a lot more comfortable with living on his own. He said early in the school year it was sometimes hard to get up for class, but by the end of the year it was no problem, just like household tasks. 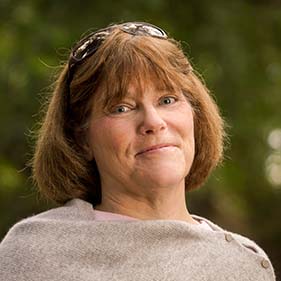 “The ripples are tiny but really impactful and they do change lives. They change perceptions, they change understanding of what inclusion looks like and it’s really profoundly important.” —Beth Foraker, Redwood SEED Scholars co-director 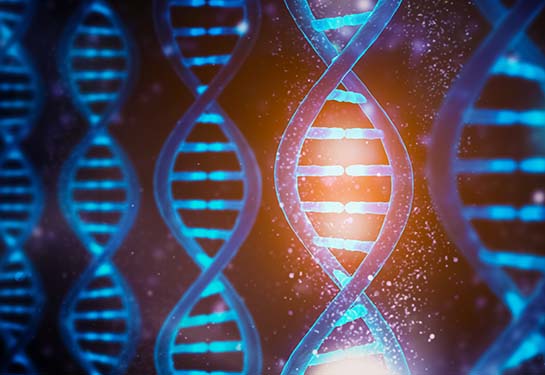 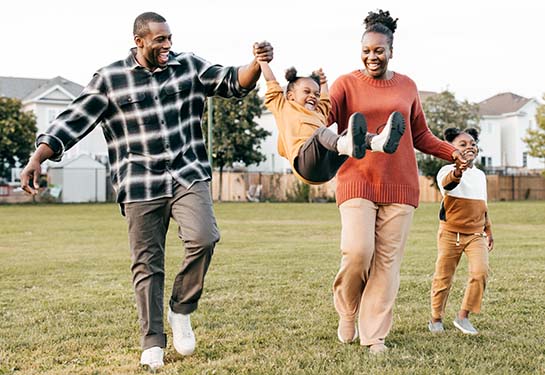