The number of students at UC Davis with an intellectual disability has more than doubled, thanks to the inclusive Redwood SEED Scholars program. Twenty-one scholars – 12 freshmen and nine sophomores – now call the campus home. They will spend four years on campus living in dorms, taking classes and completing internships and jobs as they work toward a practical credential rather than a degree.

Katelyn Reed was one of the first to move her belongings into the dorm room she will share with three other scholars in the program. Last week, she and her mom and dad lugged boxes and bags of clothing, bedding, a laptop and an air purifier into the suite. Despite the morning heat, all three wore big grins.

“I have different emotions everywhere,” confessed Katelyn, a 19-year-old with Down syndrome who recently graduated from high school in the Southern California city of Brea. “From the outside, I’m really excited and I’m stoked to come here and be in the classes I’m going to be in and get to know friends, but I’m also nervous inside and you don’t see it.”

Reed, an accomplished actor who has appeared in movies and shows, including “American Horror Story,” wasn’t alone in her nervousness and excitement.

“It’s going to be hard moving away, but I’m loving it here,” said 21-year-old Ian Hutchings, a freshman scholar from Thousand Oaks who looks forward to playing intramural softball. “I’m excited to have my friends here and it’s going to be really awesome.”

19-year-old Krishan Yogasundram of Mountain View is also looking forward to making new friends during his first year on campus. “It’s not nerve-racking, but I feel ready to live the college life and learn new experiences and hang out with my friends – just have fun,” he shared. 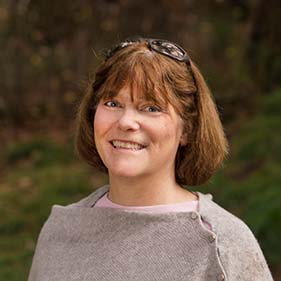 This program is important for our students, but the truth is that it feels just as important for UC Davis students, faculty and staff. Hearing the freshmen talk about what clubs they want to join and how they want to be part of the university is amazing. I know their presence in those spaces will expand opportunities for others in marginalized communities — and expand the idea of who belongs at college and in the workplace.”—Elizabeth Foraker, Redwood SEED Scholars co-director

Redwood SEED Scholars was created by the UC Davis MIND Institute — which specializes in the research and treatment of the challenges associated with neurodevelopmental disabilities like autism and Down syndrome — and the UC Davis Office of Diversity, Equity and Inclusion. The program is directed by Beth Foraker, an instructor in the School of Education, MIND Institute Director Leonard Abbeduto and Vice Chancellor of Diversity, Equity and Inclusion Renetta Garrison Tull. Redwood SEED also receives administrative support from UC Davis Continuing and Professional Education.

“This program is important for our students, but the truth is that it feels just as important for UC Davis students, faculty and staff,” Foraker said. “Hearing the freshmen talk about what clubs they want to join and how they want to be part of the university is amazing. I know their presence in those spaces will expand opportunities for others in marginalized communities — and expand the idea of who belongs at college and in the workplace.”

The administration of Redwood SEED Scholars is funded largely by a grant from the U.S. Department of Education. The California Department of Rehabilitation covers tuition, technology and transportation for the scholars, an important factor in increasing equity.

All scholars are matched with mentors – mostly volunteer upperclassmen, but also medical students and graduate students – who help with academic, social, residential and health needs. 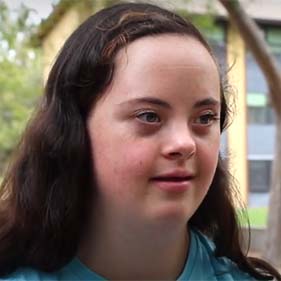 The 21 current scholars will be joined by 12 or so additional SEED students over each of the next two years, for a maximum of 48 at one time on campus. That offers an important opportunity for each class of students, noted the MIND Institute’s Abbeduto.

“I am very proud of how our second-year scholars have stepped up to welcome the new cohort, taking on more of a leadership role. Each year the potential for personal, academic and social growth is enormous, and this is an additional area in which they can learn and thrive,” he said.

In their first year, the scholars take foundational courses designed for the program, including math and budgeting, literacy and writing, and some traditional UC Davis courses such as nutrition. In their second year they begin to choose electives.

“Our sophomores are taking the coolest courses, such as African American studies, human development, painting, entomology and human rights,” Foraker said. “Seeing them get excited for these classes is so wonderful!”

Sophomores will also be holding down paid jobs on campus, an important step toward full independence.

That independence is the goal, explained Katelyn Reed’s dad, Fred.

“It’s everything – the life skills and the vocational – you’re setting her up to be fully functional amongst friends and family in society. The whole well-roundedness of the program and the mentoring and the different parts of this are incredible.”

That makes it just a little bit easier to let go.

“I’m more excited than sad, right? I mean, it’s going to be sad not having Katelyn in the house because she’s just this joyful person,” Fred Reed said, his eyes glistening.

Katelyn Reed plans to share that joy with her new UC Davis community. In addition to acting since the age of 4, she has written a book of original inspirational quotes that helped her get through a tough time. It will soon be published. She hopes to be a counselor someday.