Evidence Based Treatment of ADHD

Many treatments exist for ADHD.  We recommend only using treatments that have published studies showing they work. Some treatments have more evidence than others about their effectiveness.   Below are brief descriptions of currently available evidence-based treatments and links for additional information. 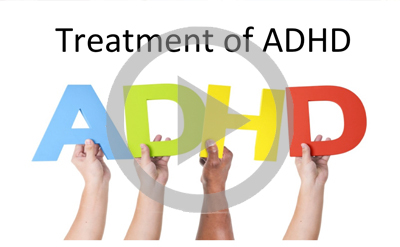 Behavioral interventions teach a person to monitor behaviors and provide rewards for desired behaviors to increase the likelihood of the positive behavior in the future. Planned ignoring or taking away a reward may also be used to reduce negative behaviors. To be effective, rewards for positive behavior must always be given if one is to use planned ignoring or taking away of rewards. The type of rewards used depends on the age and interest of the individual but can range from praise to privileges. Below are different types of behavioral approaches and their characteristics for both children and adults.

Evidence Based Behavioral Therapy for Children and Adolescents

Evidence Based Behavioral Therapy for Adults

Several medications effectively treat ADHD.  Medications should be considered if the symptoms are causing significant difficulty for the person with ADHD.  That being said, medications do not cure ADHD and should always be used in combination with behavioral treatment.  Medications can help develop skills to compensate for the difficulties associated with ADHD.

Stimulants are typically the first medication used for ADHD in both children and adults. Stimulants have been shown in multiple studies to be more effective than other medications in the treatment of ADHD.

Possible Side Effects of Stimulants

Nonstimulants are typically used in patients unable to use stimulants or in addition to a stimulant.  They may also be used to target associated symptoms such as difficulty sleeping or anxiety.