They have limited timeframes for treatment, so injuries to the important brachial plexus nerves between your spine and hands should be diagnosed carefully. 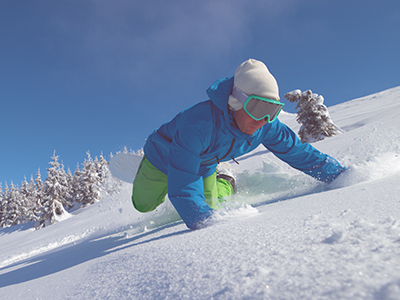 When we think of shoulder injuries, we often think of a broken collarbone or torn rotator cuff. But the brachial plexus can be another – and sometimes tricky – source of problems that involve not just the shoulder, but the whole of your arm.

The brachial plexus is the nerve network that transmits the signals that come from your spinal cord to your shoulder, arm, hand, and fingers. In some cases, the damage to this nerve pathway is quite obvious; in others it can be much less obvious, or cause problems that linger.

Either way, modern advances in diagnosis and surgery allow us to offer new options for brachial plexus injuries that were once likely to be much more disabling.

That’s especially good news because unfortunately, the brachial plexus is located between the neck and shoulders – a place that makes it very vulnerable to injury.

In more obvious cases, brachial plexus damage can mean obvious weakness or loss of feeling. Less-obvious cases can involve “quieter” muscle slumping or changes, which can lead to movement or pain problems later on as the mechanics of your shoulder or arm drift out of balance.

No matter what the cause, it’s important to monitor the injury carefully at specific intervals, and to make sure that you seek a specialist’s advice if the problems hang around. Research and refinement at academic medical centers has given surgeons techniques and expertise to reconstruct the brachial plexus nerves if needed. But waiting too long after the trauma to evaluate or operate can take away many of these options.

Dr. Bayne is chief of hand, shoulder and upper extremity surgery at UC Davis Health in Sacramento, specializing in conditions involving the shoulder, hand and elbow.

He attended some of the nation’s most prestigious medical schools and orthopaedic training programs.

Some very common ways of hurting your brachial plexus involve high-energy trauma. This can mean falling while skiing or snowboarding, crashing your bicycle, or being involved in a car or motorcycle accident, for instance.

In these cases, you can often damage the nerves of the brachial plexus as well as tissues and bones around them.

Brachial plexus injury may occur from injuries while playing collision sports such as football. Commonly referred to as "stingers" or "burners," symptoms may subside in just a matter of minutes on the playing field, and they often do within 24 hours otherwise.

However, weakness can also remain. As such, it is important for athletes to be checked in the days and weeks afterward, until it’s clear the symptoms are gone completely.

Weight-bearing activities that don’t involve collisions, such as backpacking, can also cause or contribute to brachial plexus problems.

Because of positioning during pregnancy and the passage through the birth canal, newborn infants can experience compression or stretching of the brachial plexus that may result in varying degrees of loss of muscle function of the upper arm, the hand, or paralysis of entire arm.

Most newborns with brachial plexus birth palsy recover on their own. However, frequent evaluation for recovery is necessary, because patients with insufficient recovery by 3 to 6 months after birth may benefit from surgery. 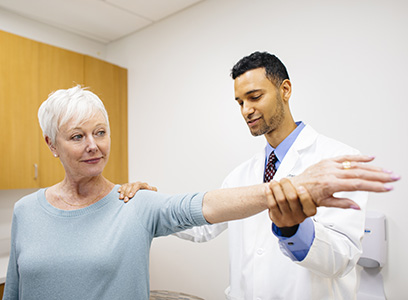 It can be particularly important to pursue a prompt and full diagnosis in brachial plexus injury, because the ability to conduct several of today’s advanced surgical treatments relies on time. After a certain amount of time, some procedures such as nerve reconstruction will no longer be effective because the nerves’ ability to heal has diminished too much.

Getting an early start on recognizing an injury is also important because the muscles and soft tissues in the surrounding joints need to be kept flexible so they can eventually receive commands from the nerves once they’re restored. We usually ask the patient to diligently perform specific kinds of physical therapy to help.

Your initial care provider should perform examinations that involve a very close comparison of function, feeling and appearance between the side with the injury and the side without. When awkward sensation or weakness lasts, it’s probably a good time for an orthopaedic surgeon to begin guiding your care. Choosing an upper-extremity specialist, and especially one with strong expertise regarding “peripheral nerves” and special training in brachial plexus surgery, can be helpful.

When major or lingering symptoms lead you to a surgeon, they’ll perform a physical exam involving a variety of questions and movements of your arm, shoulder and neck. Depending on the particulars of your presentation, they may also commission electrodiagnostic nerve function testing and other tests to help determine the extent of the injury, and whether there’s any chance of it healing on its own without surgery.

It’s natural to be nervous about what the results might show – after all, losing function in an arm can affect a number of daily activities we often take for granted. If you feel depressed about the injury or your prospects along the way, it’s important to tell your doctor this as well.

The best results for nerve surgery occur if surgery is performed sooner rather than later (within 6 months of injury if possible). While nerve surgery may have decreased benefit after this time, other surgeries, such as tendon or muscle transfer, may still be indicated.

Nerves heal slowly after surgery. As such, the full benefit of surgery may not be evident until months or years later. Physical therapy is important during this period to keep joints and muscles flexible.

Surgery after brachial plexus injury to restore arm function may include:

One or more of the above types of surgery may be indicated at the same time, or in stages.

Injuries to the brachial plexus and other peripheral nerves of the upper extremities can be complex to diagnose and treat, and can be a source of great concern for patients. At UC Davis Medical Center in Sacramento we're proud to offer our region significant expertise and experience in this field, including the latest treatment options and familiarity with newly emerging treatments, insights and trends.

Academic medicine is constantly improving our knowledge and options — and providing new hope.