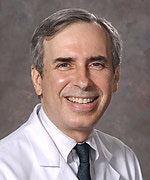 Dr. Rogawski is a careful listener who selects from a broad range of therapies to tailor a treatment regimen to the patient's unique needs, with the goals of an improved quality of life and meeting individual health objectives.

Dr. Rogawski is a neurologist offering care for headache and epilepsy.

Elected Fellow, American Association for the Advancement of Science (Section on Neuroscience), 2018

Certificate of Appreciation, Society for Neuroscience, 2006