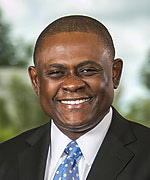 His work and life have been featured in all media platforms, bestselling books and documentaries across the world, and in a major Hollywood film called “Concussion”.

American Board of Pathology, Neuropathology, 2005

Association of Nigerian Physicians in the Americas

Union of American Physicians and Dentists

Medscape Best Physicians of the Year, 2015