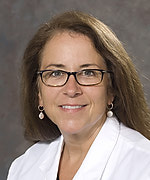 I consider it a tremendous privilege to be a physician. I see myself as a partner in the care of my patients. It is my job not just to diagnose and treat, but to educate patients so they can be active participants in their care, and make informed decisions based upon their own values and priorities.

Dr. Murin's research has focused upon venous thromboembolism and the adverse effects of smoking on non-pulmonary malignancies.

American Board of Internal Medicine, 1989

Outstanding Award as EMR Lead Physician and Representative for the Division of Pulmonary and Critical Care Medicine, 2011

Top Reviewers, CHEST, Only 5% of reviewers for the year were honored based on the number of papers reviewed and the timeliness and quality of the review, 2010