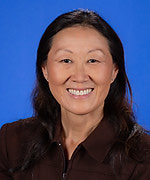 Dr. Paik maintains an active Gynecology practice. She treats patients with chronic pelvic pain at the Pelvic Pain clinic at UC Davis Health. Dr. Paik is currently the Vice-Chair of the Department of Obstetrics and Gynecology, Chief of the Division of Gynecologic Specialties, and Clinic Medical Director.

Dr. Paik is actively involved in resident education and is currently the Associate Residency Program Director. In addition to teaching and supervising OBGYN residents, she is also actively engaged in medical student education at the UC Davis School of Medicine.

American Board of Obstetrics and Gynecology, 2003

Association of Professors of Gynecology and Obstetrics (APGO)