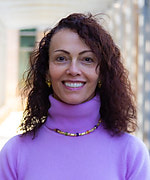 Dr. Solomon is a Professor of clinical psychiatry in the Department of Psychiatry and Behavioral Sciences. She is on the faculty of the MIND Institute and of the postdoctoral Autism Research Training Program.

Dr. Solomon is a licensed psychologist whose primary clinical work is focused on high functioning children, adolescents, and young adult with ASD. She studies and implements clinical intervention programs focused on the acquisition of social and life skills for these individuals. Solomon published a waiting list controlled trial of a social skills intervention model which was cited as one the only RCTs of this form of intervention by Rao, Beidel, & Murray (2008) and more recently was considered 1 of the 5 RCTs in the field (Reichow, Steiner, & Volkmar, 2012).

With her students, she has been one of the few researchers to address measurement issues in social skills intervention. Solomon and colleagues also were the first group to publish a trial of Parent Child Interaction Therapy (PCIT) in children with ASD. Currently, Solomon’s Laboratory is funded by the Behavioral Health Center of Excellence to pilot test an adaptive functioning intervention for young adults with ASD that is validated in the chronic mental illness field.

Dr. Marjorie Solomon is an Professor in the Department of Psychiatry and Behavioral Sciences, the MIND Institute, and the Imaging Research Center. She holds a BA from Harvard College, and a PhD in Psychology from UC Berkeley. She also is a licensed clinician with a broad background in clinical assessment and psychosocial intervention for higher functioning individuals with autism spectrum disorders (ASD). In 2007, she received a K08 Career Development Award to use cognitive neuroscience methods including fMRI to study higher cognition. From 2012-2012, Solomon served as an appointee of HHS Secretary Kathleen Sebelius to the InterAgency Autism Coordinating Committee (IACC).

Solomon’s current research examines cognitive development in individuals with ASD through the lifespan using neuropsychology and cognitive neuroscience methods including functional magnetic resonance imaging (fMRI). She currently is funded by NIMH to examine intellectual and cognitive functioning in middle childhood (ages 8-12); to isolate behavioral and neurobiological predictors of developmental trajectories of intellectual functioning between early and middle childhood; and to test two mechanistic models of the effects of early intensive behavioral intervention on middle childhood outcomes related to academic, social, and adaptive functioning by conducting a follow-up study of a large, well-characterized, and relatively recent longitudinal cohort of children with ASD and typical development who were first assessed in early childhood (ages 2-3) as part of the MIND Institute Autism Phenome Project (APP). She also recently received funding from NIMH to initiate a longitudinal cohort sequential study of the development of cognitive control, memory, mental health, family factors, and adaptive functioning, and life outcomes in a cohort of adolescents and young adults ages 12-27 at the end of the year.

Solomon’s ultimate goal is to apply what she learns through her neuroscience investigations to the development of interventions – the area where she began her career at the MIND, and one she continues to develop as the Director of the MIND social skills training group program. She is fortunate to have received philanthropic funding for this program from Joyce and Jim Teel for the Thomas P. Raley Foundation. An Endowed Chair from the Oates Family Foundation and funding from the UC Davis Behavioral Health Center of Excellence has permitted her to further develop intervention programs for adults with ASD.