Don’t tread on it!

Dry, hot conditions are only just beginning in California. But the weather is already causing rattlesnakes and other animals to seek water sources such as rivers, creeks and even backyards.

With hot weather comes rattlesnakes, and UC Davis Health experts have some tips on staying safe and avoiding snake bites.

Being aware of your surroundings and knowing how to respond when encountering a rattlesnake is the key to avoiding a dangerous rattlesnake bite.

“We typically see 10-15 rattlesnake bites in the hospital each year, along with 300-400 cases managed through the California Poison Control System,” said James Chenoweth, an emergency department physician at UC Davis Health who specializes in medical toxicology. “This year, so far, poison control has received about 120 calls, and I’ve consulted on two cases in the past month or so.”

Most rattlesnake bites occur between the months of April and October. Chenoweth and his poison control colleagues often field calls from emergency medical personnel and community physicians who want advice about treating rattlesnake bite victims.

While the odds of being bitten by a rattlesnake are small, following some precautions outdoors, people can minimize the chances of being bitten and suffering severe or even life-threatening symptoms.

Chenoweth says the best tip is to simply avoid any contact with a snake, even if it looks dead.

“The bite reflex can stay intact and there are reports of venom being injected even by decapitated rattlesnakes,” added Chenoweth, who mentioned seeing videos online showing snakes still able to bite after death. “Parents should teach their children to not handle snakes, even if they don't think they are venomous.” 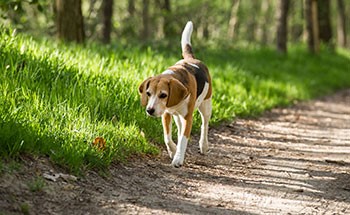 If someone is bitten by a rattlesnake