It was a foggy December night when the UC Davis Children’s Hospital transport team got a call about Mason Pearson.

The baby boy had been born healthy, with no known medical problems. But on his 19th day of life, something changed. He was limp and not responsive. The team at a nearby hospital, Mark Twain Medical Center in San Andreas, evaluated him and knew that this baby urgently needed the specialty care that UC Davis Children’s Hospital could provide.

I was so nervous to be separated from him as he left on the helicopter. I had been by his side 24/7 since he was born, but he was in excellent hands.” —Theresa Herrera

The transport team planned to airlift Mason directly to the children’s hospital, but the weather had other plans. The fog was so thick and dense that the team couldn’t land on the hospital’s helipad. Instead, they were rerouted to Mather Air Force Base and had to take a ground ambulance to the hospital.

“We knew a little boy’s life was on the line. We mobilized to do everything we could to get him there quickly,” said transport nurse Alberto Amezquita, who traveled via rotor-wing air ambulance with transport nurse Lori Wilson-Hopkins that night.

“We were so grateful for the transport team that night,” said Mason’s mother, Theresa Herrera. “I was so nervous to be separated from him as he left on the helicopter. I had been by his side 24/7 since he was born, but he was in excellent hands.”

Mason’s parents were in the car, driving to UC Davis Children’s Hospital, when they got the call that he had arrived safely.

“When we arrived at UC Davis Children’s Hospital, we were immediately at ease by the nurses in the room caring for Mason,” Herrera said. “We had nurse Shelley that night, and her first words to us were, ‘Look how great he is doing. He’s adorable.’”

Mason was diagnosed with BRUE, or a brief resolved, unexplained event where an infant younger than 1 year old stops breathing and is unresponsive. He spent another day on the Pediatrics Unit and then was discharged to return home. He didn’t have another episode like it.

Fast forward to four years later, and Mason is a happy little boy with no memory of his early hospitalization.

But his parents are still grateful. This year, they reunited with the transport team members who helped save their baby’s life. It was a happy homecoming for all.

“The care that Mason received at UC Davis was wonderful. Everyone there was great. We will never forget the wonderful care they provided our baby,” Herrera said. 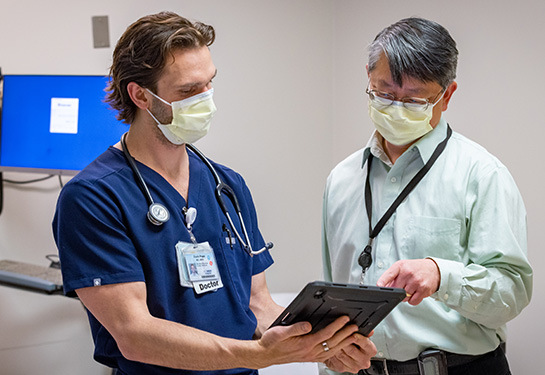