Born with only one functional heart ventricle, Kayla Price always thought that having a baby wasn’t in the cards.

“I was warned by my doctors from the time I was little. I’ve always known the risks,” said Price, who had her first heart surgery for Tricuspid Atresia at 2 days old. She had her second surgery at 6 months old and the third and final surgery at 2 years old. The three stages of open-heart surgery results in a Fontan circulation, which allows Price’s single good ventricle to pump oxygenated blood to her body, while deoxygenated blood bypasses the heart and flows directly to her lungs.

According to a study published by the National Institutes of Health (NIH), an average of 1,340 Fontan operations are performed annually in the U.S. The first Fontan procedure took place in 1971 by Francis Fontan and Eugene Baudet. The procedure was refined in the 1980s as a three-part surgery.

Kayla Price was one of these patients.

She was very excited when she found out that she was pregnant at age 24. It is estimated that fewer than 10 women with Fontan physiology get pregnant and deliver successfully in the United States every year. Since they are so rare, there’s very little quality data on the risks and outcomes of these pregnancies. Most health care providers recommend avoiding pregnancy to minimize risks to the mother and her heart.

Indeed, Kayla’s primary care provider was not so thrilled. He told her that he couldn’t provide care for her. The limited information available suggests many risks: pregnancy loss, arrhythmia that could lead to a heart attack, blood clots, heart failure, preterm delivery with risks of prematurity and postpartum hemorrhage. Her doctor immediately referred her to UC Davis Health for a second opinion.

“There is a big variation in Fontan patients and some are at higher risk, some are lower risk. It depends on how severe your congenital heart defect is, how well your heart functions and how blue your skin is. The pregnancy risks can vary based on this. In Kayla’s case, her heart was high functioning for a Fontan patient,” said UC Davis pediatric cardiologist Jay Yeh.

Kayla had frequent checkups by Yeh and her maternal-fetal medicine physician Véronique Taché. She had regular obstetric ultrasounds to monitor her baby and echocardiograms to monitor her own heart. The team approach at UC Davis Health ensured that her health care providers met regularly about her progress, with the goal of providing excellent patient-centered care to Kayla and her baby.

Yeh gave her the option to deliver vaginally, but Kayla opted for a scheduled cesarean section. At 38 weeks gestation, Kayla successfully delivered her baby, Brandon, in June. She spent one day in the UC Davis Pediatric and Cardiac Intensive Care Unit for close heart monitoring and then was transferred back to Labor and Delivery.

“Brandon is the best gift! I’ve been so blessed to live to see his beautiful face,” Kayla Price said. “I just want my son to know how special he really is.”

Truckee resident Karla Barrientos, 22, also came to UC Davis Health when she found out that she was pregnant at 12 weeks. Barrientos is also a Fontan patient, who was worried that she and her baby wouldn’t survive the pregnancy. 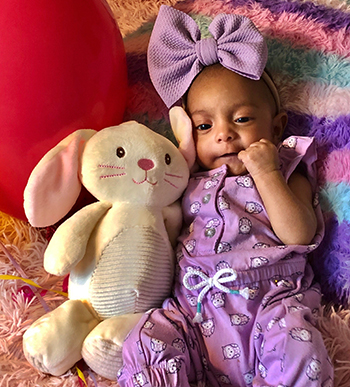 Karla had her open-heart surgeries at 9 months and at 4 years, with her final Fontan surgery at age 12. She remembers that she couldn’t run or play like other children and required oxygen as she was living in a higher elevation in Truckee. As an adult, she would get tired frequently. Going up stairs was hard, she said.

Karla stopped working shortly after finding out about her pregnancy to minimize her respiratory issues. Her baby, Andrea, was born via scheduled cesarean section at 36 weeks this past May.

“It has been incredibly rewarding to be part of both Kayla and Karla’s journeys as they became mothers for the first time,” said Taché, who cared for both women. “They both recognized the uncertainty of entering a pregnancy with a very rare heart condition and understood the risks. Their care was a true partnership, between the providers and them. In the end, they did quite well and were able to go home from the hospital, babies in their arms. I am honored to have helped these high-risk patients fulfill their dreams of being parents.”

Karla had a very quick recovery post-partum and was able to be discharged from the hospital four days after Andrea was born.

Karla and Kayla’s babies were born healthy, without congenital heart defects, which can be hereditary. It was news that made both mothers very happy – there was much relief in knowing that their child would not have the same health challenges that they have. 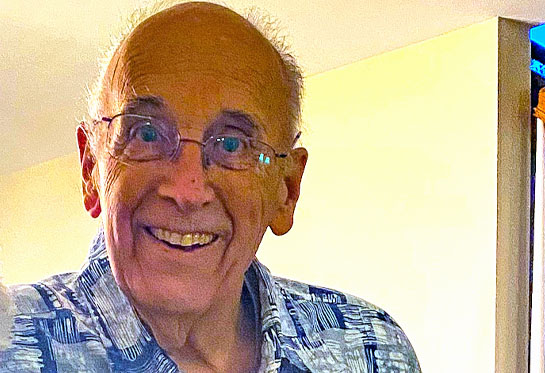