An interdisciplinary team of UC Davis scientists and plastic and reconstructive surgeons is collaborating to help improve quality of life for patients with upper limb amputations. They are utilizing a novel amputation surgical procedure and smart prosthetics to help patients better control their residual muscles, receive sensory feedback and reduce limb pain.

The surgical procedure, known as Targeted Muscle Reinnervation, transfers residual nerves from an amputated limb into a new muscle, allowing patients to move their prosthetic arm by simply thinking what movements they wish to accomplish.

“This endeavor requires a multidisciplinary approach,” said Clifford T. Pereira, associate professor of plastic and reconstructive surgery at UC Davis Health. “Our work is improving the quality of life for these patients, not only through the use of new prosthetics, but by alleviating the pain they experience.”

Our work is improving the quality of life for these patients, not only through the use of new prosthetics, but by alleviating the pain they experience.”—Clifford T. Pereira

Pereira and Andrew I. Li, assistant professor of plastic and reconstructive surgery, have teamed up to perform the first Targeted Muscle Reinnervation procedures at UC Davis Health. The surgery connects the nerves that are cut during amputations to the muscles that remain. This allows them to communicate dynamically with each other. The procedure allows the signals that the brain once used to control the now-missing hand new muscles to operate.

In most amputations, nerves and muscles that control the affected joints, such as elbows or ankles, are severed. By reconnecting the nerves the new procedure allows them to retain their normal push-pull relationship, which provides patients opportunities to control prostheses and potentially feel them too.

“By reassigning these existing nerves, we've been able to make it possible for patients to retain their nerve functions from the amputated limb that otherwise would have lost their function,” Pereira explained. “This process then allows patients to control a what’s called a smart prosthetic device by merely thinking about the action they want to perform, albeit by activating different muscles that have been reinnervated.”

In addition to allowing patients to use smart prosthetics, targeted muscle reinnervation can be used to treat pain from phantom limb and neuromas, a painful formation of scar tissue at the end of a nerve. By creating a pathway for the nerves in the reinnervated muscle, it is less likely that they will develop painful scar tissue, a common problem for patients who have had amputations.

"It has become increasingly apparent that restoring the muscles to their normal physiology has benefits not only for prosthetic control, but also for a patient’s day-to-day mental well-being," Li said.

Pereira and Li are hopeful the decrease of chronic pain and phantom pain from the procedure will lower the dependence on opioids in the amputee patient population.

A smart prosthetic can read the user’s intentions from the newly rewired nerves and the muscles they activate. To develop one, scientists in the departments of engineering and neurology at UC Davis are utilizing artificial intelligence to measure patterns of muscle contractions using ultrasound and electromyography (EMG).

Wilsaan M. Joiner, associate professor of neurobiology, physiology and behavior and neurology, and Jonathon Schofield, assistant professor of mechanical and aerospace engineering, have teamed up on the project. They are developing a process using ultrasound and electromyography (EMG) to detect the reconnected nerve signals based on muscle contractions. The data is then interpreted by artificial intelligence software, which decodes the intended motions of the hands and fingers.

"We can see different patterns in their muscle activity using ultrasound or electromyography and then use machine learning to predict what they're trying to do with their missing limb,” explained Joiner.

The new technique offers advantages over the typical process of using  surface electrodes, which can also pick up electrical charges from other muscles.

“The machine is interpreting the brain’s activity by monitoring the reinnervated (or rewired) muscles and showing us whether the patient wants to close their hand, point a finger, pinch an object, rotate the wrist or bend their elbow,” explained Schofield. “What’s exciting about this is the prosthesis will adapt to individual patients, rather than the patients adapting to the prosthesis as they have to now.”

What’s exciting about this is the prosthesis will adapt to individual patients, rather than the patients adapting to the prosthesis as they have to now.”—Jonathon Schofield

Benefits for patients with amputations

Operating robotic prosthesis devices can be challenging, since patients must typically memorize several activation patterns to control whether the prosthesis opens, closes or moves in a certain direction.

“The dirty secret about many robotic prostheses is we are seeing about a quarter to almost a half of them get abandoned and have patients go back to using a hook and cable system,” said Schofield.

Laduan Smedley, a certified prosthetist-orthotist at UC Davis Health's department of physical medicine and rehabilitation, has begun working with patients who have tested Joiner and Schofield’s interface and has already seen better outcomes.

“The interface is a lot more intuitive, where a patient can just think about opening and closing their hand, as opposed to trying to correlate another movement to operate their hands," said Smedley. “It may really improve the experience for amputee patients without having to memorize multiple control sequences.”

Benefits of an interdisciplinary collaboration

Developing an innovative prosthesis system for patients with amputations is a challenge that a surgeon, neuroscientist or engineer could not solve individually. UC Davis is one of the few academic institutions with the interdisciplinary assets to achieve it.

“One of the big draws for me to come to UC Davis was the opportunity to have a joint appointment in neurology at UC Davis Health and neurobiology on the main campus,” said Joiner. “It’s a special environment where we have a strong engineering school, healthcare system and neuroscience community with multiple centers, including the national primate center.”

According to Joiner, this combination of programs is unique to UC Davis.

“I do not believe there is another institution in the United States where all of these things exist,” he said. “The breadth of technology, research and funding taking place here is unparalleled and it takes all of our efforts to make this possible for our patients.” 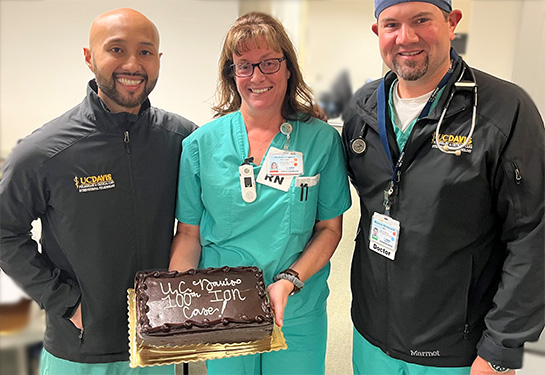 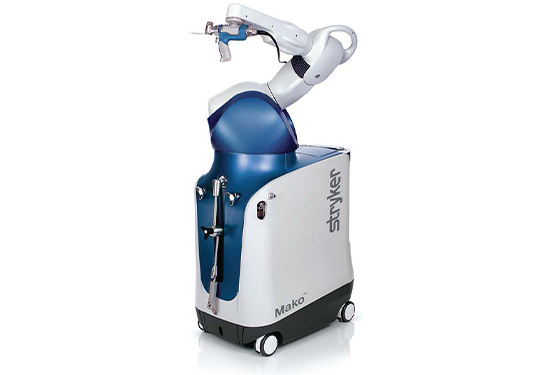 UC Davis Health adds to its collection of robotic technology 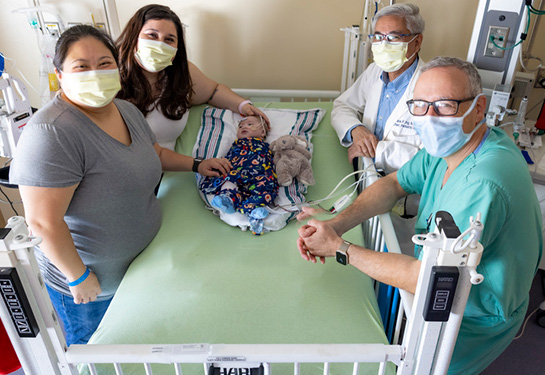