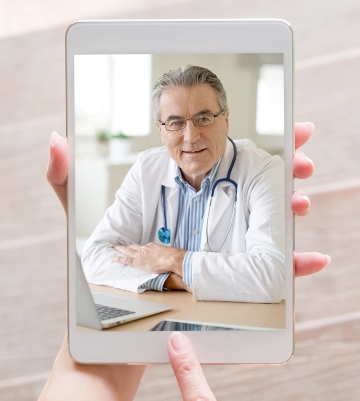 What are Cleft Lip and Cleft Palate?

You may be wondering what exactly is wrong with your baby. Some background information may be helpful in understanding the problem.

A cleft lip is a developmental defect that occurs in the womb in the fourth to sixth week of life. Basically, it means that the portions of the upper lip do not fuse together, creating an opening in the lip between the mouth and the nose.

The condition varies from a slight notch in the colored portion of the lip to a larger cleft that completely separates the lip and extends into the nose and mouth. A cleft lip may be on the right or left side (which is called unilateral cleft) or on both sides (a bilateral cleft).

A cleft palate is a birth defect that occurs in the eighth to twelfth week after conception. It is an opening in the roof of the mouth that exists because structures between the mouth and the nose did not fuse together properly.

The roof of the mouth is divided into two parts, the “hard palate” and the “soft palate.” The hard palate does not move and provides a bony separation between the front portions of the mouth and nose. The soft palate consists of muscles, and typically elevates during speech and swallowing to separate the nose and the mouth. In mild forms of cleft palate, there is just a slight notching of the soft palate. Most clefts of the palate involve both the soft and hard portions of the roof of the mouth.

Cleft lip and cleft palate are genetic birth defects that are usually associated with what is called “multifactorial inheritance.” This means that in the vast majority of cases, the cleft condition is caused by multiple genes contributed from both parents, as well as a number of environmental factors that doctors do not yet fully understand. Normally, there are no specific actions by parents that cause the disorder. So you, as a parent need not feel responsible. It is also important to know that most babies born with a cleft are otherwise normal, healthy children with no other serious birth defects.

You may be concerned about the risk of having another child with a cleft condition. Cleft lip and/or palate occur once in every 700 births. Future brothers and sisters of a child with a cleft run a greater risk than that of the general population. For most families, the risk ranges from 2% to 4%, depending on the extent of the condition in your first child. The more extensive the cleft, the greater the chance that future siblings will be affected.

At your child’s first evaluation, the cleft and craniofacial team will discuss your family history and the likelihood that you could have another child with cleft lip or palate. This counseling will help you and, eventually, your child make family planning decisions. If appropriate, you will also be seen by a geneticist, a physician who specializes in heredity.