Actor and director Ben Stiller recently attended a New York Knicks basketball game with every intention to wear a mask.

No one said anything to Stiller. They didn’t have to. Being the only one in the room with a mask on was too much to bear and he caved. He didn’t wear a mask at the game.

“But guess what happened? I got COVID two days after that game,” he said.

It’s becoming a familiar story. As mask mandates have lifted across the country, more people have experienced the odd feeling of being the only one in the room, grocery store, or office wearing a mask or face covering.

In many cases, the indirect or unspoken peer pressure – the peer pressure to conform to specific behaviors based on what other members of a group are doing – is enough to motivate someone to ditch their mask, despite their best judgment. Even when they know the risks and would normally choose to mask if more people were doing so.

“Humans are social animals. We like to behave in similar ways in a group,” said Peter Yellowlees, chief wellness officer at UC Davis Health. “Sometimes you get the kind of person who likes to stand out, and for whatever reason show themselves off, but for the most part, people want to assimilate.”

Yellowlees said that he was recently on a flight to Boston and was one of only three people aboard wearing a mask.

“It was very uncomfortable being only one of three,” Yellowlees said.

Going against the norm can make people feel distressed and anxious, said Yellowlees, even if no one uses spoken or direct peer pressure (when someone asks or persuades another to engage in a specific behavior) or intimidation to change their decision to mask.

It’s easier for people to conform to a clear set of rules or standards, said Yellowlees. For example, in patient-care settings in the hospital, masking is still mandated.

“Even if you don’t agree with it, people just follow the rules. It’s what’s expected. People understand that,” Yellowlees said.

What helps humans stand up to indirect or unspoken peer pressure to conform?

Dean Blumberg, chief of pediatric infectious diseases at UC Davis Children’s Hospital, wears a mask at the farmer’s market and people respond to it. It’s an environment where he notes only 10-20% of attendees are masked.

“I’ve been thanked by some people wearing masks for being a role model,” Blumberg said. “It’s certainly easier to resist peer pressure if one is confident in one’s personal assessment of risk tolerance and in the effectiveness of protective measures.”

But he notes that he is also no stranger to feeling peer pressure when he is the only one.

“I feel uncomfortable in those situations where I've wanted to mask, but nobody else is masking,” Blumberg said. “You feel like an outlier.”

How to help children with pressure to conform

Kids feel indirect peer pressure to conform as much as adults do in group settings. UC Davis psychologist Brandi Hawk said that family values, open discussions and modeling desired behavior are three factors that can make a difference in whether a child succumbs to, or stands up to, indirect peer pressure.

“If children are told to do something and then see their parents doing the opposite, it makes the message less salient and easier to ignore,” Hawk said.

Parents who want to reinforce the importance of masking with their children should model wearing masks whenever they are in public, Hawk advised. Keeping their behavior consistent is key.

“Parents should also have direct, open conversations that explicitly state they want their children to continue to mask at school and explain why masking aligns with their family values,” Hawk said. “When children understand why they should or should not do something, it becomes a little easier to resist peer pressure.”

And maybe just recognizing that we as humans are going to experience these feelings of indirect peer pressure can help better equip people the next time they are the only ones wearing a mask on an airplane, in the classroom or at a Knicks game.

“It’s a natural and normal part of the human experience,” Hawk said. 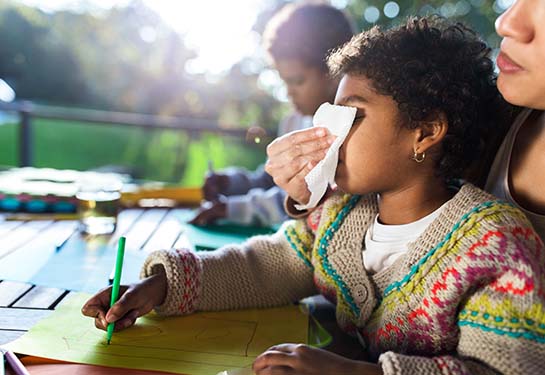 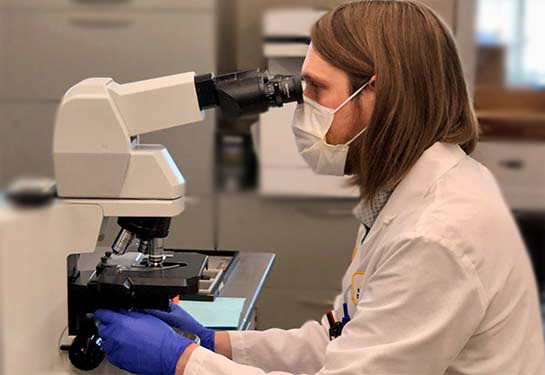