Grants fund groundbreaking research in technology and the brain

For the first time in university history, the W. M. Keck Foundation has awarded two UC Davis research teams $1 million each in the same award cycle.

The two grants will support innovative projects that have the potential to make major breakthroughs in their respective fields. One will study where chemical reactions occur in deep regions of the brain to improve the treatments for brain disorders. The other will create new technology for communications and medicine that operates at wavelengths that are not currently utilized.

“This support from the Keck Foundation will enable truly pioneering research with tremendous potential to open new frontiers of innovation in medicine and communications,” said Prasant Mohapatra, vice chancellor for research.

Tian and Ji aim to develop a deeper understanding of when and where neurochemicals release in the brain and how these complex signals shape the function and structure of neural circuits.

Tian’s team will develop protein-based sensors that can report the presence of neural signals in the brain by emitting light in the far-red and near-infrared.

By collaborating with Ji’s lab at UC Berkeley, which specializes in microscopy and provides high-resolution imaging in the brain, the sensors will allow them to observe activity in deep brain structures.

“One of the current limitations with microscopy and other sensors is that there's a limitation on penetration depths,” Tian said. “So we only can see a very small part of the brain and how those chemicals are released. As a result, we do not have a global picture on neurochemical release within the brain.”

Because of this obstacle, medications to treat disorders such as schizophrenia, addiction, and neurological diseases like Parkinson’s, often come with undesired side effects, like depression. This endeavor will allow Tian and Ji to look at the mechanistic action of therapeutic neural drugs before and after treatment to help curb those effects.

“The treatment for neuropsychiatric disorders has barely changed in the past 40 years because of a lack of understanding of when and where neurochemicals release, and how this complex signaling contributes to normal brain function,” Tian said. “Understanding these basic mechanisms will provide insight for future treatments.”

This research can help not just their own team but the broader science community understand the brain — and its disorders and their treatments — much better.

“The Keck award really means a lot to us as scientists because it shows we should not be afraid of pursuing risky directions,” said Tian. “It also gives us the leeway to be creative.”

Hihath and Gomez-Diaz’s research aims to construct the next generation of miniaturized light sources, which can have significant impact in communication, imaging and sensing systems as well as in biology and medicine.

Everyday technology operates either at relatively low frequencies (radios, microwaves, smartphones) or high frequencies (LED, lasers). But there is a range between these, known as the terahertz gap, which no practical technologies can yet utilize.

“We don't have the technology to generate light at terahertz and far-infrared wavelengths in a simple, efficient and portable manner,” Gomez-Diaz said.

Hihath and Gomez-Diaz’s goal is to develop miniaturized, portable, and affordable devices to emit light in this wavelength range and unlock new possibilities for THz technologies.

“We are trying to find new ways to manipulate and control light at the nanoscale, tailoring the response of two-dimensional materials such as graphene to harvest light emitted from electrons,” Gomez-Diaz said.

The idea relies on controlling the conditions in which Cherenkov radiation takes place. This light is usually generated by highly energetic electrons. A common example is the blue glow that appears on an underwater nuclear reactor.

By adjusting the electromagnetic properties of the media that surrounds an electric current, Cherenkov radiation at desired wavelengths may be obtained with simple electrical controls instead of from high-energy nuclear reactors.

"This can have important applications in biology and medicine, communications, sensing and more,” Gomez-Diaz said. “Even more importantly, there are many applications that we are not aware of yet because this frequency range has not been yet fully explored.”

Gomez-Diaz also noted the significance of support from the Keck Foundation for funding what he describes to be a high-risk, high-reward endeavor.

“We are grateful to the Keck Foundation for supporting risky fundamental research that is often overlooked by federal funding agencies, but that can have a great impact on the future of our society,” Gomez-Diaz said.

About the W. M. Keck Foundation 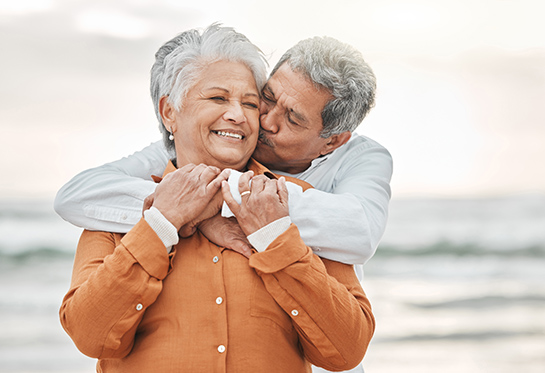