To learn more or to make an appointment for cell sorting or instrument training, contact:

The optical specifications for each of the UC Davis Flow 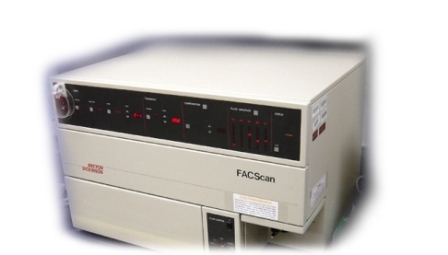 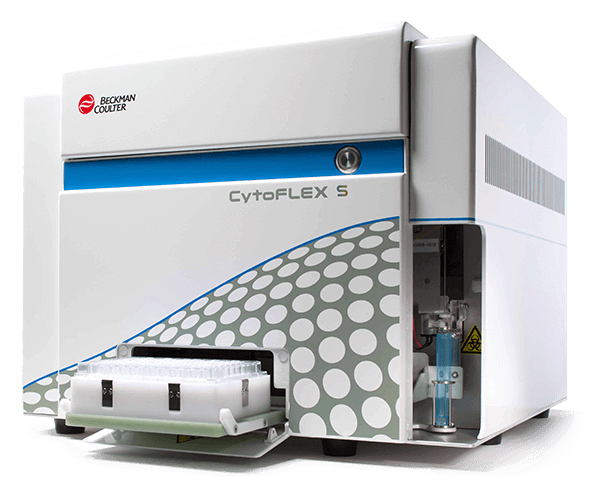 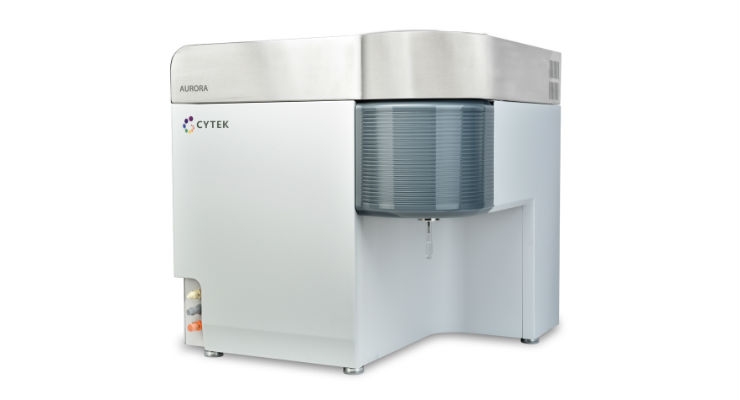 The Cytek Aurora is a three laser, 25-color analytic cytometer that was recently added to the core in 2018. This cytometer uses three cutting-edge spectral array multi-window photodetectors to capture the spectral characteristics of the dyes attached to each sample, and then uses advanced spectral deconvolution software to unmix these signals to achieve unprecedented multiplexing capability. Currently, up to 25 colors can be detected using only 3 lasers (405, 488, 640nm). Several dyes that would be indistinguishable using traditionally configured cytometers are now able to be used simultaneously to discriminate biomarker expression, thus increasing the number of useful fluorochromes to 25 per panel. The Aurora will be upgraded to include a UV laser in the spring of 2019, further increasing the multiplexing capabilities of this instrument to 30+ colors per cell. 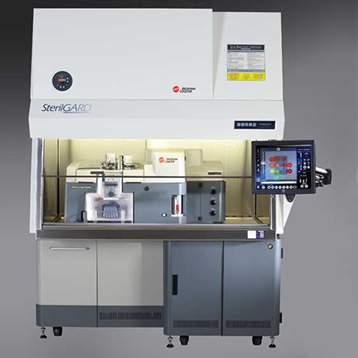 The Astrios EQ high-speed cell sorter is one of the most sophisticated and flexible cell sorting systems in existence. This system is currently equipped with 4 lasers, including 405nm violet, 488 nm blue, 561 nm yellow and 640 nm red. In this set-up this instrument is capable of the simultaneous detection of up to 18 colors and two scatter parameters. The fluorescence collection optics allow for the future addition of up to 3 other lasers as research needs evolve. The Astrios offers unparalleled operator and sample protection from biohazards; its sample injection and cell deposition systems are fully enclosed in a Baker Class II biological safety cabinet and continuously exhausted to the HEPA filter in the BSCs hood. Up to six populations of cells can be sorted simultaneously and reliably, with the option to select individual sort stringencies per stream. Other features of the Astrios EQ sorter include the following: 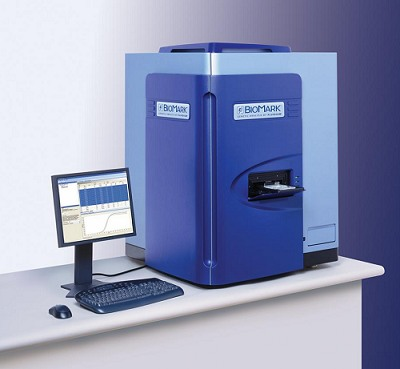 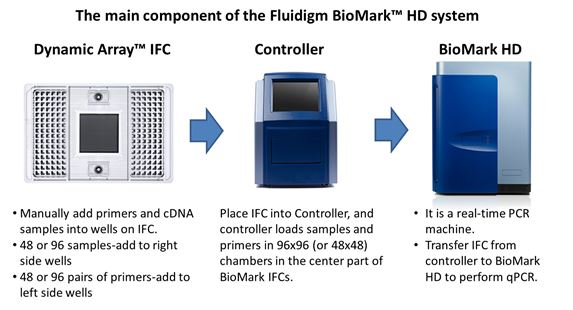 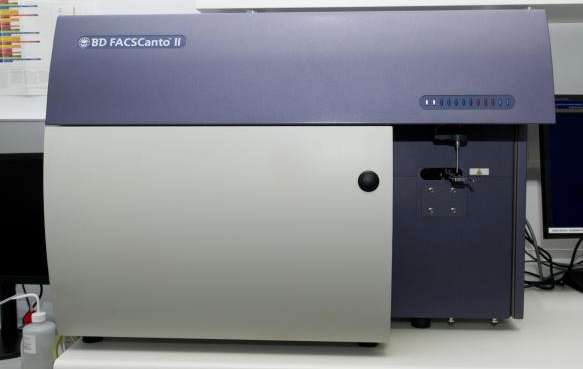 BD FACS Canto II Flow Cytometer: Briggs Hall, Davis Campus: This 6 color analyzer provides local access to basic analytic cytometry equipment for investigators in the College of Biological Sciences in Briggs Hall. The Canto II was donated at no cost to the FCSR in 2015 through collaboration with the Howard Hughes Medical Institute in Seattle, WA. UC Davis department chairs Drs. Wolf Dietrich Heyer and Jodi Nunnari provided funds to relocate and refurbish the cytometer and renovated laboratory space to house it. The Canto II is now operated by the FCSR for recharge based usage and is open to use to all campus departments.

Becton Dickinson FACS Canto I Analytical Cytometer. This 6-color analytic cytometer was donated at no charge to the FCSR by Genentech Corporation and installed in the Sacramento core to replace a single laser FACScan. The Canto I is equipped with 2 lasers (blue and red) to excite commonly used dyes such as FITC, PE, PECy5, PECy7, APC and APCCy7. Unlike the older FACScan, the Canto I features digital electronic signal processing for improved fluorescence measurement. The Canto uses the same DIVA acquisition software package as the adjacent 18-color Fortessa; this has allowed users with simpler 6-color panels to transition off the heavily utilized Fortessa, freeing the Fortessa for more complex analyses. 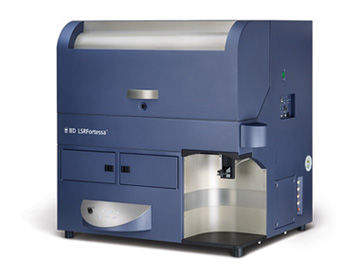 The Fortessa is an advanced analytical cytometer that is configured with 5 high-powered lasers and multiple photodetector arrays to collect fluorescence from a wide variety of fluorochromes. This cytometer is equipped with 60mW UV (350nm), 100mW violet (405nm), 100mW blue (488nm), 100mW yellow (561nm) and 100mW red (640nm) lasers, allowing for the simultaneous measurement of up to 18 fluorescent readouts and two scatter signals. The UV laser provides the low wavelength excitation necessary for calcium flux assays (Indo-1 blue and violet), DAPI excitation for DNA content analysis and the newer Brilliant Ultra Violet dyes such as BUV 395 and 737. Signals from violet laser (405nm) excitation terminate in an array of six photodetectors that can measure a variety of Brilliant Violet dyes, including BV421, 570, 605, 650, 711 and 786, as well as other traditional fluorochromes such as Pacific Blue, Aqua-emitting Live/Dead stain, DAPI and several Quantum Dot dyes. The 488nm laser is used for GFP, FITC, Alexa488 and PerCPCy5.5 or propidium iodide. The 100mW 561nm yellow-green laser efficiently excites phycoerytherin (PE) and PE tandem dyes such as PE-Texas Red, PE-Cy5, PE-Cy5.5 and PE-Cy7. A highly powered red laser improves the  excitation of dyes such as APC, Alexa 647, Alexa 700 and APC-Cy7 (and its analogs). A high throughput sampling module increases sample loading and acquisition rates. The Fortessa is located in the Institute for Regenerative Cures and is readily available to all Cancer Center researchers in Sacramento for independent use by trained investigators. 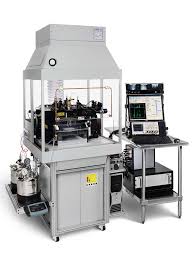 This high-speed 5-laser cell sorter is located in Sacramento to provide operator-assisted cell sorting to researchers in Sacramento and from the Davis campus. This sorter is designed to maintain aseptic conditions, a crucial consideration prior to transplantation of sorted cells into immune deficient mice or in culturing sorted cells without antibiotics. Specifically, the inFlux is housed within a HEPA-filtered biocontainment cabinet that helps reduce atmospheric contaminants and was designed with simplified fluidic handling valves, exchangeable fluidics tubing, and disposable nozzle housings to eliminate microbial contamination niches and promote sterility. This sorter is sterilized with ethanol after each sorting session and is monitored for microbial contamination in antibiotic-free medium weekly. The inFlux sorter is equipped with five high-powered lasers to provide 100mW UV (355nm), 50mW violet (405nm), 200mW blue (488nm), 150mW green (532nm) and 50mW red (635nm) excitation beams and is configured to detect two-light scatter and 16 individual fluorescent markers. Recent upgrades include an Accudrop automated drop delay calibration system that will streamline cytometer setup prior to sorting and an advanced software package that offers improved sort setup and post-sort analysis tools. 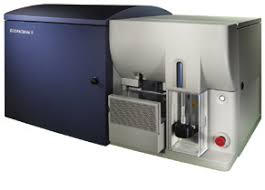 BD FACS Aria II Cell Sorter: donated from BD Biosciences: This underutilized 3-laser sorter was recently repurposed from the Center for Biophotonics (CBST) into the Sacramento core. BD Biosciences recently provided $40,000 in refurbishments at no charge to the FCSR. The Aria is now ready to offer unassisted cell sorting services to support several members of the Cancer Immunotherapy program.