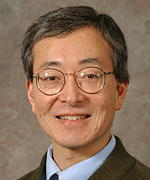 Dr. Tanaka is interested in gastrointestinal malignancies, including colorectal, pancreatic and liver cancer as well as solid tumors. He has been a staff hematologist-oncologist at the Department of Veterans Affairs hospitals in Martinez and Mather Field in Sacramento since 1995.

American Board of Internal Medicine, 1986

American Board of Internal Medicine, Hematology, 1996