A world-class hospital and economic powerhouse

Construction is underway for a 2021 opening of the Ernest E. Tschannen Eye Institute to be housed in an expansion of the Lawrence J. Ellison Ambulatory Care Center building. Tschannen is a former UC Davis Health patient and his $38.5 million in gifts and pledges to support the new center for vision science made him the largest individual donor to UC Davis in the university’s history. 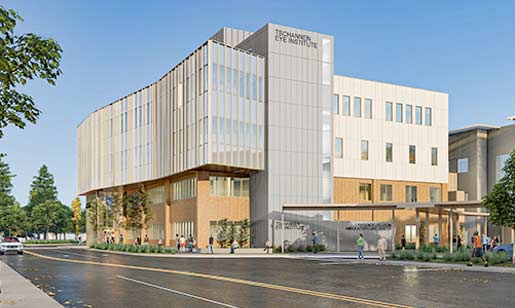 The Ernest E. Tschannen Eye Institute is scheduled to open in 2021.

Projected to open in 2022, Aggie Square will eventually span 25 acres of the UC Davis Sacramento campus and feature state-of-the-art research facilities, classroom space, the Alice Waters Institute for Edible Education, multi-family housing, mixed-use space and a range of amenities. The goal is to create a business and research hub and a dynamic, thriving community designed to bring inclusive prosperity to the neighborhood and the region. An economic analysis of the project predicts Aggie Square will add nearly $5 billion to the Sacramento region’s economy each year and support 25,000 ongoing jobs.

In 2023, the Sacramento campus of UC Davis is scheduled to gain a second licensed hospital, with the opening of the Sacramento Rehabilitation Hospital at UC Davis Health. The new rehabilitation hospital will offer treatment for patients recovering from conditions such as stroke, traumatic brain injuries, significant surgeries and spinal cord injuries. The hospital, announced in 2018, was the first project named as part of Aggie Square and will help patients transition from inpatient services to their homes to continue their recovery.

In 2030, a new California Tower will be opened in the UC Davis Medical Center. The 350-bed facility will complete the medical center’s expansion to the east, occupying the easternmost end of the medical center’s block, up against 45th Street. The original 1929 north-south wing and the 1950 addition on the westernmost side of the medical center are scheduled to be demolished in the 2020s because they do not comply with California’s modern seismic standards for hospitals. The building will lose its last physical connections to its early years, replaced by a leading-edge world-class hospital that expands the founding legacy of providing the best care possible to every patient and helping to end health inequities across Northern California. 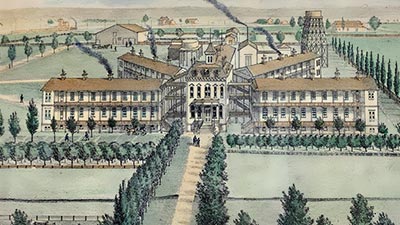 History of the hospital

Like most of California, Sacramento was a quiet, wide open place until the middle of the 1800s. Then in January 1848, James Marshall saw something shiny in a creek along the American River. By mid-1849, gold changed everything. People flooded into the territory by the tens of thousands…. 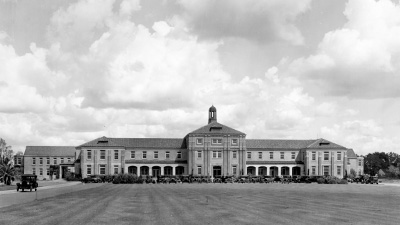 Through the 19th century, the hospital was guided mostly by just one County Physician, Dr. George Amos White, who held the post from 1872 to 1904, with an interruption from 1879 to 1881, when the county briefly put homeopathists in charge. White initiated the use of spinal anesthesia in surgery, a first for Sacramento….