During the pandemic, physicians used infusions of monoclonal antibodies — antibodies made in a lab — to help patients fight off COVID-19 infections. Now, researchers at UC Davis are trying to create monoclonal antibodies that can help fight chronic pain. The goal is to develop a monthly non-addictive pain medication that can replace opioids.

Vladimir Yarov-Yarovoy and James Trimmer, professors in the Department of Physiology and Membrane Biology at the UC Davis School of Medicine, are leading the project. They have assembled an interdisciplinary team featuring many of the same researchers who are also trying to turn tarantula venom into a pain medication.

Earlier this year, Yarov-Yarovoy and Trimmer received a $1.5 million grant from the National Institutes of Health's HEAL Initiative, an aggressive effort to speed scientific solutions to stem the national’s opioid crisis.

People can become addicted to opioids due to chronic pain. The Center for Disease Control’s National Center for Health Statistics showed an estimated 107,622 drug overdose deaths in the United States in 2021, an increase of nearly 15% from the 93,655 deaths estimated in 2020.

“Recent breakthroughs in structural and computational biology — using computers to understand and model biological systems — have set the stage for applying new approaches to create antibodies as superior therapeutic candidates to treat chronic pain,” said Yarov-Yarovoy, the principal investigator for the award.

“Monoclonal antibodies are the fastest growing sector of the pharmaceutical industry and have many advantages over classical small molecule drugs,” Trimmer said. Small molecule drugs are drugs that can easily enter cells. They are widely used in medicine.

Trimmer’s lab has created thousands of different monoclonal antibodies for various purposes over many years, but this is the first attempt to generate antibodies aimed at pain relief.

Monoclonal antibodies are already being used for migraine

Although it may seem very futuristic, the Food and Drug Administration has already approved monoclonal antibodies to treat and prevent migraine. These new medications act on a migraine-associated protein called calcitonin gene-related peptide.

The project at UC Davis has a different target — specific ion channels in nerve cells known as voltage-gated sodium channels. The channels are like “pores” on the nerve cell.

"Nerve cells are responsible for transmitting pain signals in the body. Voltage-gated sodium ion channels in nerve cells are the key transmitters of pain," explained Yarov-Yarovoy. “We aim to create antibodies that will bind to these specific transmission sites at the molecular level, inhibiting their activity and stopping the transmission of pain signals."

Their goal is to create antibodies that can fit into each of these channels like a key into a lock. This targeted approach is intended to stop the channels from sending pain signals but not interfere with other signals sent through the nerve cells.

The challenge is that the structures of the three channels they are attempting to block are incredibly complex.

The expectation is that the circulating antibodies will be able to provide sustained pain relief for weeks."—Vladimir Yarov-Yarovoy

To address this, they are turning to software programs called Rosetta and AlphaFold. With Rosetta, the researchers are designing complex virtual models of proteins and analyzing which ones might best fit the NaV1.7, NaV1.8 and NaV1.9 nerve channels. With AlphaFold, the researchers independently validate proteins designed by Rosetta.

Once they identify several promising proteins, they will create antibodies that can then be tested on lab-created neural tissue. Human testing would be years away.

But the researchers are excited by the potential of this new approach. Non-steroidal anti-inflammatory drugs (NSAIDs) like ibuprofen and acetaminophen must be taken several times per day to relieve pain. Opioid pain medications are often taken daily and run the risk of addiction.

Monoclonal antibodies, however, can circulate in the bloodstream for more than a month before they are eventually broken down by the body. The researchers anticipate that the patient would self-inject the monoclonal antibody pain medication once a month.

“For patients with chronic pain, that's exactly what you need,” Yarov-Yarovoy said. “They experience pain, not for days, but weeks and months. The expectation is that the circulating antibodies will be able to provide sustained pain relief for weeks.”

Research for this work is funded by the National Institutes of Health (NIH) Award R61NS127285. 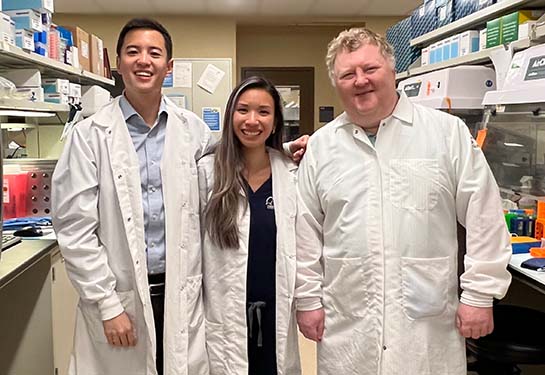 Uncovering the skin’s secrets: Studies show how skin forms differently across the body 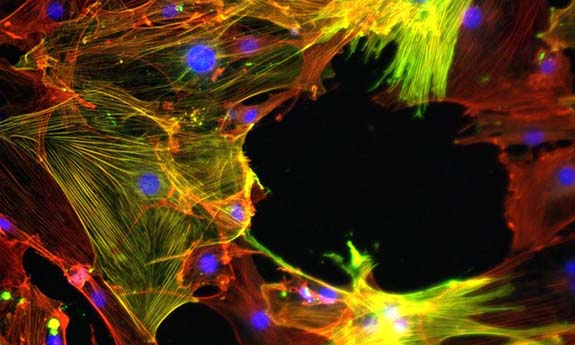 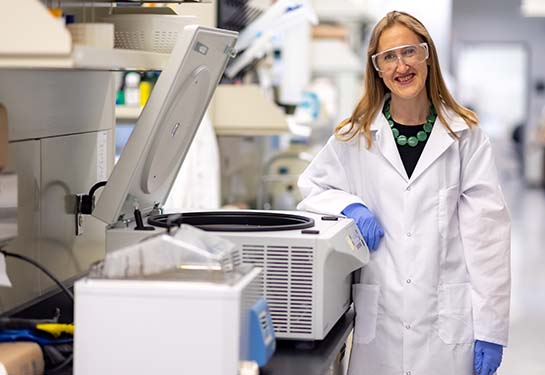