The DAISY Award for Extraordinary Nurses

How to nominate an extraordinary nurse or nursing team »

The UC Davis Medical Center Daisy Foundation Committee invites nominations for recognizing nurses for exemplary bedside nursing care. The DAISY Award for Extraordinary Nurses-Nomination Form. Each month one nurse will be chosen to receive the award.

The DAISY Foundation was formed in January, 2000, by the family of J. Patrick Barnes who died at age 33 of complications of Idiopathic Thrombocytopenic Purpura (ITP). DAISY is an acronym for Diseases Attacking the Immune System. When their son Patrick was ill, the Barnes family was in awe by the skill, care, and compassion of his nurses. They created The DAISY Award For Extraordinary Nurses in 2001 to say thank you to nurses around the country, because they believed nurses are truly "unsung heroes." They felt nurses are deserving of our society's profound respect and recognition for the education, training, brainpower, and skill they put into their work, not to mention the caring with which they deliver their care.

Who is eligible for the DAISY Award?

These individuals consistently demonstrate excellence in the delivery of patient care and promotion of their professional nursing practice.

What is The DAISY Award? 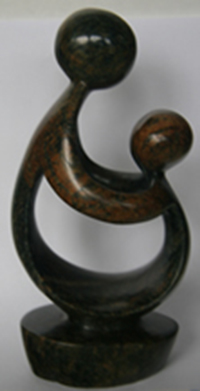 The DAISY Award is a nation-wide program that recognizes nursing excellence. In memory of Patrick, the Barnes family recalled the skillful and compassionate care Patrick received from his nurses during his eight-week hospitalization. They wanted to say “thank you” to nurses everywhere by establishing a recognition program - The DAISY Award For Extraordinary Nurses (The DAISY Award) - to honor the super-human work nurses do every day at the bedside.

The DAISY Award recipient will be recognized at a ceremony and will receive a framed certificate, a DAISY Award signature lapel pin and a hand-carved stone sculpture entitled A Healer’s Touch. Additionally, the unit or department of the recipient will receive Cinnabon’s cinnamon rolls a favorite of Patrick’s during his illness- with the sentiment that the heavenly aroma will remind them how special they are and how important their work is.

For the 11th consecutive year, UC Davis Medical Center has been recognized as a “Leader in LGBTQ Healthcare Equality” »