Through the next two decades, the UC Davis Medical Center and the campus around it — officially the Sacramento Campus of UC Davis — would grow physically to 144 acres, taking over most of the former California State Fairgrounds. It would also expand both its health care services and its national reputation. For instance, in 1981, it developed a system of quality assurance that would become a national model.

In 1988, the hospital was designated a Level I Trauma Center, the only one in Inland Northern California.

In 1984, the hospital was named the Sacramento County Trauma Center. Also that year, the Life Flight medical air ambulance service began operating from the medical center, transporting patients by helicopter from across the hospital’s now 33-county service area.

In 1988, the hospital was designated a level I Trauma Center, the only one in inland Northern California. Level I is the highest designation possible and is only given to hospitals capable of providing total care for every aspect of injury. This is another piece of the institution’s core mission — to provide expert, life-saving care to all of Northern California and every community that needs it. Combined now with a vast telehealth network, UC Davis Health specialists can deliver care and assistance across an area from Merced to Oregon, and from the coastal wine county to Nevada.

In 1991, the UC Davis Cancer Center opened its doors. Within a decade, it became nationally recognized for its groundbreaking research and its partnership with Lawrence Livermore National Laboratory.

The UC Davis Medical Center quickly earned verification as a level I Pediatric Trauma Center by the American College of Surgeons, making it one of the few trauma centers in the United States certified for both adults and pediatrics. This dual designation also makes the hospital’s trauma center one of the nation’s busiest.

In 1991, the UC Davis Cancer Center opened its doors, consolidating many of the hospital’s diverse cancer programs into one outpatient treatment center. Within a decade, it became nationally recognized for its groundbreaking research and its partnership with Lawrence Livermore National Laboratory. In 2002, the center achieved National Cancer Institute designation and a decade later, in 2012, the cancer center earned “comprehensive” status from the NCI. The UC Davis Comprehensive Cancer Center was one of only 40 in the U.S. at the time and has continued to be both a world leader in research and a center for the best available treatment of cancer patients across Northern California. 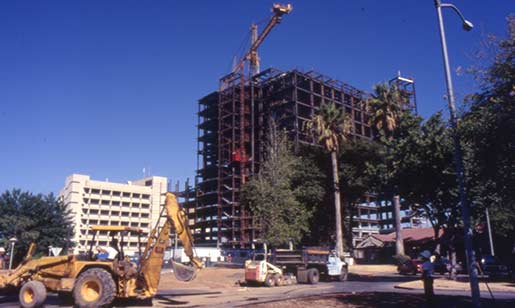 Construction begins on a state-of-the-art 14-story tower addition to UC Davis Medical Center, which opens in 1999.

Photo of construction in 1996 on the Davis Tower, the second tower added to the medical center. The first eight-story University Tower was completed in 1982.

UC Davis established its first telemedicine link in 1992, connecting with Colusa Community Hospital and allowing many women to stay in their own community while receiving expert delivery services. The Telehealth Program quickly became a national leader and would continue to evolve for years.

As patient care, teaching and research continued to expand, all of the growing operations and strategic planning were consolidated into one integrated health system. The UC Davis Health system was created in 1994 to bring together the medical center, physician group, medical school and community-based clinics. That was also the year UC Davis Health opened a clinic in Placerville, its first community clinic beyond the health campus. 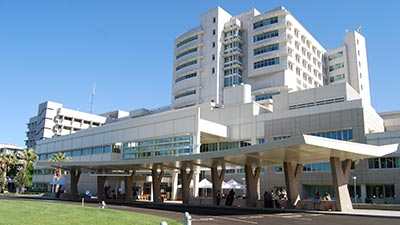 The 21st century — the growth of a world leader

UC Davis Medical Center continued to expand as a national and world leader as the century was turning. In 1997, it was one of first six hospitals in America designated as a Magnet™ nursing center of excellence. In August 1998, the Lawrence J. Ellison Ambulatory Care Center welcomed its first patients…. 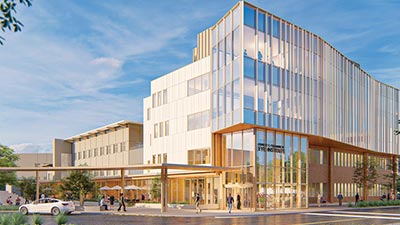 Construction is underway for a 2021 opening of the Ernest E. Tschannen Eye Institute. Tschannen is a former UC Davis Health patient and his $38.5 million in gifts and pledges to support the new center for vision science made him the largest individual donor to UC Davis in the university’s history….