We provide a full range of supportive care services for patients including counseling and nutrition consulting to name a few. 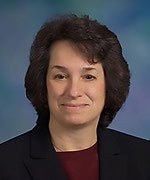 Dr. Gold is a formally trained Epidemiologist with 40 years of experience in conducting observational and interventional studies. She has been PI on a number of NIH-funded epidemiologic, inter-disciplinary studies of the effects of lifestyle factors and occupational/environmental exposures on cancer and women’s health, particularly pertaining to ovarian function and menopause.

She has been since its inception 24 years ago the UC Davis site PI for the Study of Women Across the Nation (SWAN), a NIH-funded longitudinal study of the natural history and effects of the menopausal transition on disease risk in a national multi-racial/ethnic cohort midlife women.  Her areas of research for this study include evaluating women’s hormone levels and lifestyle, occupational/environmental factors in relation to vasomotor and other symptoms and age at the final menstrual period and to cancer survival.

She has collaborated in a number of multi-disciplinary projects in these areas. She has also collaborated on a number of longitudinal analyses for a variety of health outcomes in midlife women within SWAN and in a randomized trial of a dietary intervention for early stage breast cancer survivors (WHEL).

She has well over 200 peer-reviewed publications. She is also PI, after having been the co-Director for eight years, of the ORWH-sponsored Building Inter-disciplinary Research Careers in Women’s Health (BIRCWH) program.  She received the UC Davis Dean’s Excellence in Mentoring Award in 2007 and other mentoring and faculty awards.  For the past 10 years she has been Editor-in-Chief of Women and Health, a scientific journal focusing on women's health and gender differences in health and disease.

Outstanding Faculty/Staff in the Graduate Group in Epidemiology, Award, 1999