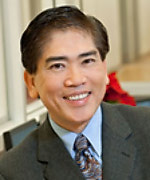 Dr. Sison believes in empowering his patients and their families by educating them on the nature of their disorder. He enjoys working with patients and their family members and believes that medication treatment in conjunction with family therapy, mobilizing support systems, and working with the school community is very important in treating children and adolescents with mental illness.

Dr. Sison has been a physician and child psychiatrist since 1993, after finishing his child psychiatry training at University of Maryland Medical Systems. He is a medical school graduate from UCLA School of Medicine and has been practicing medicine as a board certified psychiatrist since 1993. He is a faculty at UC Davis School of Medicine / UC Davis Health System in the department of Psychiatry & Behavioral sciences since 1994. He is currently involved in helping build the medical staff for the newest free-standing psychiatric hospital in California, Sacramento Behavioral Healthcare Hospital. Prior to this, and for over the past 16 years, he has also been the medical director of a large free-standing private psychiatric hospital in the greater Sacramento area, Heritage Oaks Hospital, a Universal Health Services, Inc. hospital. Previously, he was the medical director for 13 years for the Sacramento County Children's Mental Health. He served in two local non-profit boards: The Head Trauma Support Project and Big Brothers Big Sisters of the Greater Sacramento. He is on a second term as a board member for Big Brothers Big Sisters of the Greater Sacramento.

Dr. Sison was the past president of the Central California Psychiatric Society (a district branch of the American Psychiatric Association) and has served in the Children's Committee at the Sierra Sacramento Valley Medical Society. He is a Distinguished Fellow of the American Psychiatric Association. His clinical interest is in treating pediatric patients with ADHD, depression, bipolar disorder, or schizophrenia and he likes working with the severely mentally ill population and their families.

American Board of Psychiatry and Neurology, Child and Adolescent Psychiatry,