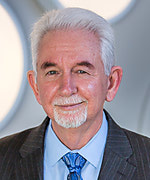 Cameron S. Carter's clinical interest is the early diagnosis and treatment of schizophrenia and other cognitive mental disorders. His research focuses on the pathophysiology of disturbances in cognition in mental disorders such as schizophrenia and OCD, with the goal of developing more effective therapies to improve patients' chances of rehabilitation. Carter also is involved in development of new treatments for cognitive disability in schizophrenia and other brain disorders. A key element of the philosophy of his lab is that good clinical research can proceed only if it is being constantly informed by ongoing theoretical and methodological progress in basic cognitive neuroscience, and that the experiments of nature provided by clinical brain disorders may lead to powerful additional insights into the neural basis of normal cognition.

American Board of Psychiatry and Neurology, 1992

Elected to the American College of Neuropsychopharmacology, 2003