From "miracle girl" to college girl By the age of 10, Francesca Arnaudo already had survived two cancer diagnoses – osteosarcoma, a bone cancer, and acute myeloid leukemia, a white blood cell malignancy – along with surgeries and months of chemotherapy and radiation. She pulled through with flying colors, cheer and tenacity, earning the nickname “miracle girl” from the UC Davis Comprehensive Cancer Center nurses.

Francesca went on to become the California representative in the 2007 Champions Across America tour, an awareness campaign for Children’s Miracle Network. The national philanthropy operates in 170 hospitals, including UC Davis Children’s Hospital. The tour took Francesca and 49 other champions to the White House for a press conference and then to Disney World for the taping of a television show.  She was also a Hyundai Hope on Wheels “Spokes-Kid” for 2006 and 2007.

In March 2009, when she was 13, Francesca’s doctors found a black dot on her lung, which turned out to be malignant. When surgeons removed the upper right lobe, “they found it was another type of cancer not related to any of the other ones I’ve had,” Francesca said.

Not only was it a new cancer, but one that rarely appears in younger patients.

“Her particular lung lesion — bronchioalveolar carcinoma-like lesion — is better known to adult oncologists,” said Douglas Taylor, who was Francesca’s oncologist. “In this case, the treatment was simplified by early detection and an excellent resection (surgery).”

Early detection helped spare Francesca chemotherapy and radiation therapy. After surgery, with strengthening exercises, Francesca said she got the hang of “breathing a little bit more in my left lung.” 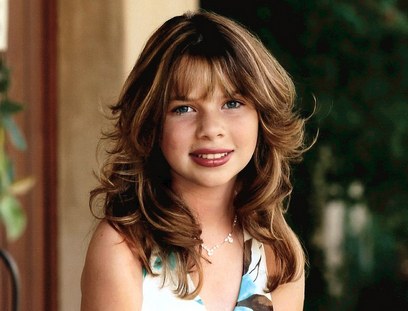 But her ordeal didn’t end there. A few months later, she needed surgery to repair the prosthesis in her right humerus. For the procedure, surgeons Robert Szabo and Robert Tamurian employed a cutting-edge technology used in orthopaedic oncology and limb-salvage reconstruction. The surgery was a success and the bone healed well.

Throughout all of these challenges, Francesca maintained a positive attitude. She graduated from Ripon High School, and celebrated five years of being in remission on her 18th birthday. She still returns to the Cancer Center for routine annual check-ups, but continues to be cancer-free.

Today the 21-year-old attends a local junior college in her hometown. While she hasn’t yet declared a major, she’s considering either business management or art as potential areas of study.

“I’d like to either help run the family farm with my brother, or become an art teacher,” she said.

Francesca also enjoys spending a lot of time with her family and pets. “Once a week I cook a big family dinner,” she said. “I also love hanging out with my dog, Daphne, my cat, Mystic, and my python, George.”

She says she’ll always be grateful for the care she received at the Cancer Center.

“I’ve always loved the care they provided, despite the circumstances,” Francesca said. “The doctors and nurses are amazing, and I’m glad I ended up going there.”