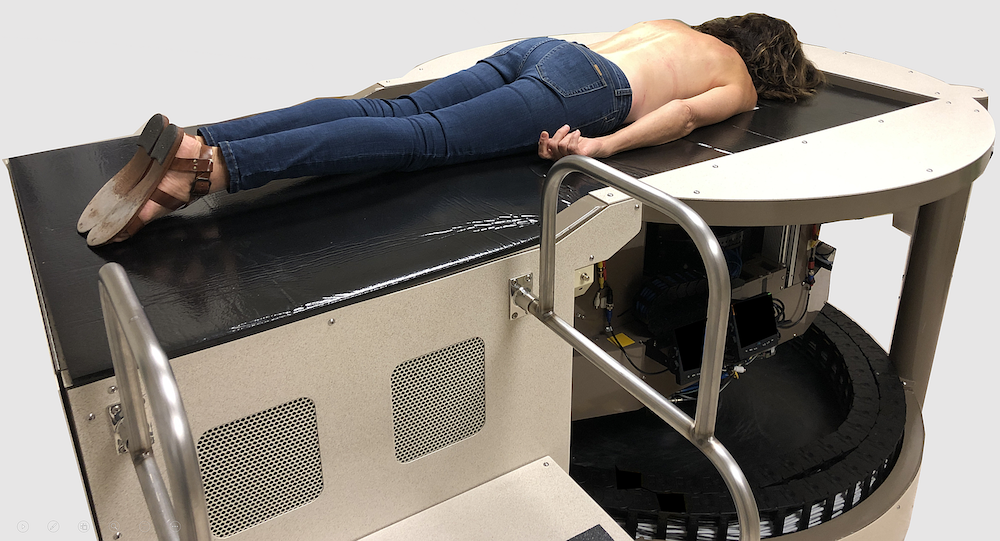 Figure 1: With dedicated breast CT, the woman lies prone on the table with the single breast to be imaged hanging through a hole in that table. There is no breast compression, and during a ten second breath-hold, the cone beam CT apparatus below the table scans the breast in one rotation providing all the necessary data to reconstruct the full 3D image data set from that breast.

The Boone lab at UC Davis has studied the potential of dedicated computed tomography for breast imaging for the past twenty years. Over this time, four breast CT systems have been designed, fabricated, and tested. Breast CT is a cone beam CT system in which the woman lies prone on the table, with the single breast to be imaged hanging pendant through that hole (Figure 1). The cone beam CT apparatus, primarily an x-ray tube and a flat panel detector, rotates around the breast and produces hundreds of low-dose projection images of the breast. 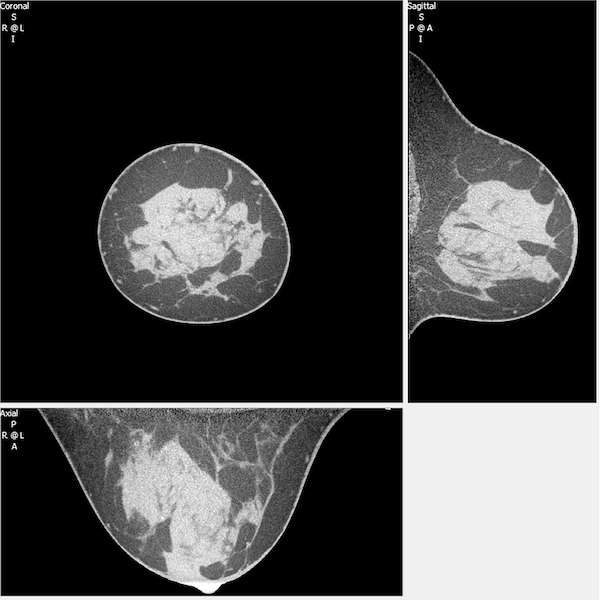 Figure 2: The reconstructed full data set from breast CT results in a high-resolution (150 µm voxels) depiction of the breast in three dimensions. Here, the coronal (upper left), sagittal (upper right), and axial (bottom) images of a breast are shown.

The projection images are reconstructed to produce a fully three-dimensional high-resolution image data set of the breast, as shown in Figure 2. It is worth noting that this is a true 3D depiction of the breast, something that tomosynthesis is not capable of producing due to its limited angle characteristics.

The breast CT systems in our laboratory have imaged almost 600 patients, using both non-contrast and (iodinated) contrast agent is injected into the arm vein.  Because of the true three-dimensional nature of these image data sets, summation artifacts and other abnormalities associated with 2D mammography are overcome. Very importantly, by allowing the radiologist to view CT sections of the breast which eliminates the superposition of tissue, breast CT is far more robust to the dense breast than 2D mammography. 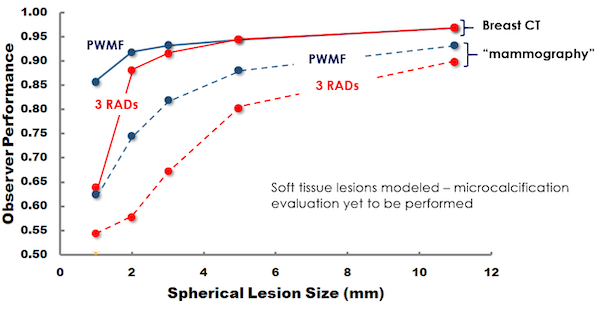 The breast tomography project at UC Davis has produced dozens of peer-reviewed articles over the years, and has attracted over $20 million of external research funding. UC Davis patents on this technology have been licensed, and commercialization efforts are currently underway.