Thanking organ donor families for the gift of life

Medical advances have made organ transplantation surgery — once considered a short-term, largely experimental option — remarkably successful, extending the lives of thousands of recipients each year.

Of course, every transplant begins with a donation, which is not simply a clinical endeavor, but at its core reflects a humanitarian act of compassion and kindness.

Richard V. Perez, chief of the kidney transplant program at UC Davis Medical Center, is working each day to honor and recognize that generous gift of life with a seemingly simple gesture: a face-to-face thank you.

Just before entering the operating room to perform organ recovery surgery, Perez meets privately with donor families to express his gratitude, and to assure relatives that the organs will make a difference in someone's life.

"I keep it brief, but I feel these families deserve our support and our appreciation for their generous act," Perez said. "Most of these families are in the midst of a horrible tragedy, dealing with an unexpected, often traumatic death. Expressing our thanks is the least we can do."

While Perez acknowledges that such meetings sound like a "no-brainer," they are in fact highly uncommon in the world of organ transplantation. Traditionally, surgeons and others on the transplant team have kept a strict distance from the donor process to ensure that donation decisions are made without any influence from medical staff.

"Something happens at a deep level when stories are told about families who made the choice to donate. A sense of people drawing closer, recognizing how all our lives are intertwined, it is the sort of feeling that brings mankind to its tiptoes."
— Reg Green, donor father of 7-year-old Nicholas Green

Perez himself honored that separation for years. But while attending a national medical conference last year he met a few surgeons who were trying the alternate approach. In January, he decided to give it a go, and speak to families after the donation decision has been made.

The response has been overwhelmingly positive. At Golden State Donor Services, which provides organ recovery for the Sacramento area, officials say the visits by Perez help emphasize that something positive will come from their tragedy.

"The gesture helps families connect the dots between their loss and the reality that their donation will save the life of someone else," said Monica Johnson-Tomanka, chief executive officer at Golden State. "And the compassion that Dr. Perez brings to the process during these families' worst hour allows them to take the first steps toward healing.  He helps them understand that that their loved one's donation is truly heroic."

Nationally, there are nearly 112,000 people on the waiting list for organs. In 2010, there were nearly 8,000 cadaveric donors. Each donor provided about three organs on average, meaning these donations saved than 28,000 lives last year. Kidneys and livers are the most commonly recovered and transplanted organs.

In 2000, Chip Atkin and his wife, Margie Helm, were among those who elected to donate a loved one's organs — their son's. In a freak accident, Trey Atkin was killed when a tree limb fell on him during a birthday party. Just 11, Trey suffered massive head injuries and was pronounced brain dead soon after. 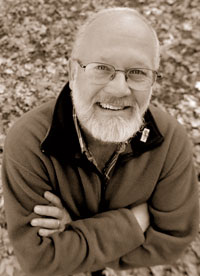 Chip Atkin, whose son's organs were donated following his death at age 11, says that something positive can come out of tragedy.

Atkin and his wife quickly consented to organ donation, hoping that in their darkest moments they could bring light and hope to someone else, sparing another family the grief they were experiencing. Trey's organs saved four lives, and the donation of his cornea restored sight in an individual. Atkin also decided that to honor both his son and his own wishes for a child who would grow up and make the world a better place, he would become an active advocate for organ donation.

In that role, and through his personal experience, Atkin has witnessed the need for a sensitive, well-timed gesture such as that now practiced by Perez. He notes that families are comforted by the knowledge that something positive can come out of their worst tragedy.

"Hearing a thank you from a doctor, and getting some validation of what your donation represents in terms of helping other people, really means a lot," Atkin said. "It helps the family take a first step toward healing, in that they are given a greater understanding that they made the right decision in their worst hour. I truly applaud Dr. Perez's pioneering effort to further connect us all to the best of what humanity has to offer."