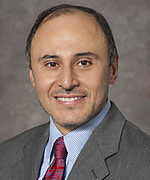 "Robotic surgery definitely worked for me. Dr. Vidovszky and his surgical team were great and I’m now able to eat normally, which is important because traveling around as a substitute math teacher can sometimes require exponential stamina." — Tiffany Pena, Merced County, CA 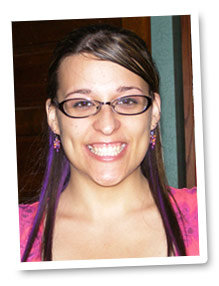 Everyone needs enough energy to get through the workday. That’s especially true for someone like Merced County resident Tiffany Pena, who constantly travels around the San Joaquin Valley to teach math in classrooms often filled with rambunctious junior high school students.

The 28-year-old substitute teacher’s life started becoming more and more challenging as the rare condition she had suffered from for years grew progressively worse. The disease, called achalasia, made it difficult for Pena to swallow foods and liquids and get the right amount of nutrition. The problem is caused when the esophageal sphincter muscle (located between the esophagus and the stomach) does not relax normally. Medications are not an effective treatment. The only remedy for achalasia is surgery. 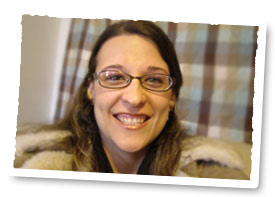 In 2008, Pena was referred to UC Davis’ Division of Gastrointestinal and Minimally Invasive Surgery, where she met with Dr. Tamas Vidovszky, an associate professor of surgery and an expert in treating conditions using a minimally invasive, robotic-assisted procedure.

“Dr. Vidovszky spoke about the various surgical options,” says Pena. “He talked about the option with the robot that had a quicker recovery time and less scarring, which was important to me. He also said it was more precise and could provide better results.”

Pena underwent surgery during the summer break from her teaching duties. Like anyone facing a major operation, she had some apprehensions, but none about using the robot during her surgery.

“I was a lot calmer than I thought I would be, and the surgery robot seemed sort of cool,” she says.

Vidovszky performed what’s known as a robotic esophageal myotomy. The muscle of the lower esophagus is divided in a very precise manner so that pressure on the muscle is reduced, making it easier to swallow again.

Because the procedure required only five incisions of less than one-half inch each, Pena says she had much less pain and discomfort following surgery than she expected and she hardly needed any of the nausea or pain medications she was given. She did take it easy the first week after coming home from the hospital. But within four weeks, she was able to resume most of her normal everyday activities and enjoy her days of summer vacation.

“Robotic surgery worked out really great for me,” adds Pena. “It definitely worked. Dr. Vidovszky and his surgical team were great and I’m now able to eat normally, which is important because traveling around as a substitute math teacher can sometimes require exponential stamina.”