Message from the Division Chief

Medical Center's first live tweet of a surgery a success

UC Davis thoracic surgeon David Tom Cooke did what he has been trained to do on Thursday: successfully removed a cancerous tumor from a patient’s lung. This time, however, he did it while two members of the Public Affairs Department broadcast each of his steps live via Twitter, the popular social media platform.

Long a social media user, Dr. Cooke suggested the “live tweet” event a year ago. Once approvals of executive and operating room leadership were in place, he searched for the best candidate, and found her in Gwen Box, a 68-year-old who lives in Chico. Mrs. Box had early-stage lung cancer, and the tumor was located in her right, lower lobe, an excellent location for the minimally invasive surgical approach called VATS, or video-assisted thoracic surgery.

Mrs. Box was enthusiastic about sharing her story via Twitter and other social media channels because she wanted to help get the message out that anyone can get lung cancer, even people who never smoked. She said she had been referred to UC Davis Comprehensive Cancer Center and Dr. Cooke by an oncologist in the Chico area after months of treatments for pneumonia and a lung infection failed and tests revealed she had cancer. 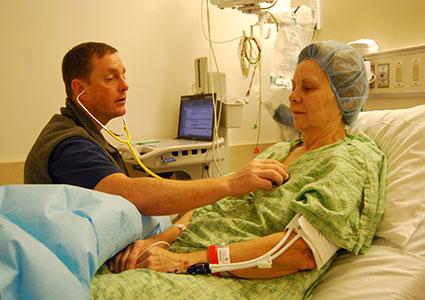 Mrs. Box gets prepped for surgery. 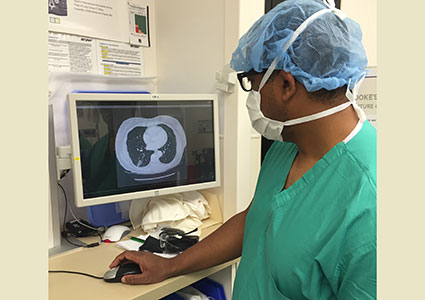 Dr. David Cooke views Mrs. Box’s CT scan of her lungs. Tumor is visible in the lower left quadrant of the scan. 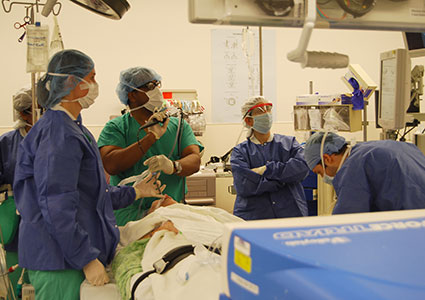 Dr. Cooke and his surgical team perform a bronchoscopy to view the lungs prior to initiating the surgery. Midway through the VATS procedure, a minimally invasive approach to removal of lung tumors. 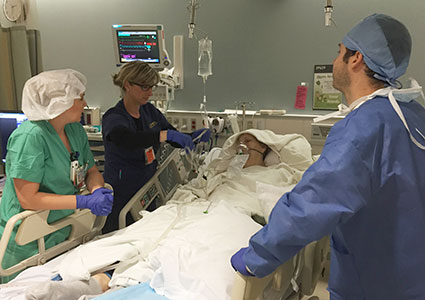 Mrs. Box arrives in the recovery room. One of her anesthesiologists, Seth Lerner, monitors her as she wakes up. 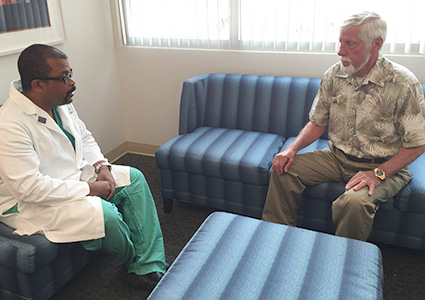 A retired school cook who has fostered more than 50 children, Mrs. Box recently remarried a long-time friend, Dan Box, whom she met at her church. The two were newlyweds when she learned she had lung cancer. On Thursday,  Mr. Box waited for his bride in the lounge just outside the operating room throughout the day. “I miss her already,” he said at one point.

To prepare for the live Twitter event, the public affairs staff prerecorded several short videos with Dr. Cooke and members of his surgical team. The experts covered the procedure itself, as well as surgical preparedness and challenges in recovery. They also discussed the role of pathology and the biospecimen repository for important diagnostic analysis and research. The videos, photographs, graphic illustrations and links to research and other helpful information about lung cancer were included and posted throughout the day of surgery, in addition to the live-action material collected and broadcast in real time.

The tweet team used the handle for the UC Davis Comprehensive Cancer Center, @UCD_Cancer, which has  more than 3,600 followers, and the hashtag #UCDVATS. The event also was picked up by some local and Bay Area news outlets.

To see the entire day of social media posts and other activity, log onto Twitter and use the hashtag #UCDVATS or click on https://tagboard.com/UCDVATS/215100 (note, this does not work in Internet Explorer, but opens in Chrome and Firefox) or go to https://twitter.com/healthhashtags and search for #UCDVATS.