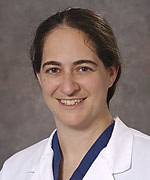 Dr. Hight strives to treat all her patients as well as she would want her own family members treated, and helps to foster this same focus in her surgical teams.  She has a particular interest in helping people develop their greatest potential.

This arrangement helps military surgeons keep their trauma skills sharp for operational deployments and provides an avenue for military surgeons to bring the battlefield "lessons learned" to the civilian sector for incorporation with innovative trauma research, education, and training initiatives.

At DGMC, she runs the ATLS program and also trains the Western Region USAF Pararescue teams in tactical trauma and surgical management skills.  Her favorite teaching environment is with small groups in a hands' on learning experience.

American Board of Surgery - General Surgery, 2013

Association of Military Surgeons of the United States

Eastern Association for the Surgery of Trauma