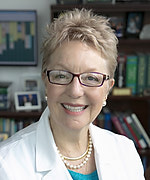 Faculty in the Department of Surgery are responsible for management of critically ill and injured patients, but several faculty members have a particular interest in surgical critical care and are major participants in fellowship training. In keeping with the department's strong belief that critical care is an integral part of surgical practice, faculty with a special interest in critical care are also actively involved in operative surgery and the management of patients outside the intensive care unit environment.

Dr. Anderson is a professor of surgery and holds a certificate of added qualifications in surgical critical care. His major areas of research interest are pulmonary pathophysiology and the application of computer technology to medicine. He has been on the faculty at UC Davis since 1995.

Dr. Galante is the Trauma, Acute Care Surgery, and Surgical Critical Care Division Chief and Trauma Medical Director. He completed his fellowship in surgical critical care at UC Davis in 2008. He is the program director of the general surgery residency and vice chair for education. His research interests include military trauma surgery, tactical medicine, specifically investigating how military medical technology can be transitioned to civilian practice, trauma resuscitation, and surgical education.

Dr. Greenhalgh is a professor of surgery, chief of the Burn Division at UC Davis, and chief of Burns at the Shriners Hospital for Children of Northern California. Dr. Greenhalgh holds a certificate of added qualifications in surgical critical care and has been at UC Davis since 1997. His research interests are the basic mechanisms of wound healing and the effects of growth factors in wound repair.

Dr. Palmieri, a professor of surgery, is the director of the Firefighters Burn Institute Regional Burn Center and is also the assistant chief of Burn Surgery, Shriners Hospital for Children of Northern California. She holds a certificate of added qualifications in surgical critical care and has been at UC Davis since 1999. Dr. Palmieri's major areas of research interest are analysis of outcomes after burn injury, including both the intermediate physical and long-term psychological effects of burn surgery on patient quality of life.

Dr. Edgardo Salcedo is an assistant professor of surgery at UC Davis, appointed to the faculty in 2011. His research interests are in surgical education, global health and clinical outcomes in the fields of trauma, acute care surgery and surgical critical care. He serves as an associate program director of the General Surgery Residency Program and associate surgical director of the Center for Virtual Care.

Dr. Shatz, a professor of surgery, joined the UC Davis faculty in 2008 after having spent 17 years at the University of Miami.  Nationally known in the areas of disaster preparedness and emergency response, Dr. Shatz has added qualifications in surgical critical care.  His research interests also include immunologic responses to vaccine in the traumatic asplenic patient.

Dr. Utter is an associate professor of surgery who finished his two-year critical care fellowship at the University of Washington and joined the faculty at the UC Davis in 2005. He holds a masters of science degree in epidemiology and has research interests in coagulopathy, short and long-term consequences of blood transfusion, and systematized care.

Dr. Rinderknecht received her medical degree from Brown University, Alpert Medical School, followed by residency at Stanford University Medical Center in General Surgery. During her residency she was employed as a medical fellow and designer for IDEO, a design and innovation firm where she worked in multiple design teams on innovation projects in health and healthcare. Following her general surgery residency, she completed a fellowship with us here at UC Davis Medical Center in Trauma and Surgical Critical Care.