From transplants to technology 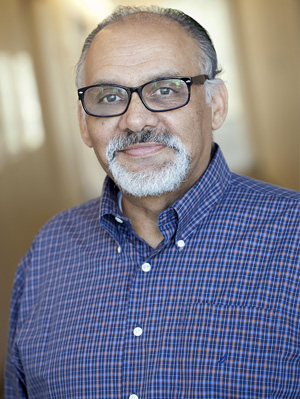 Adjunct Professor Alberto Odor teaches in both the School of Nursing and the School of Medicine at UC Davis, focusing on health informatics.

A surgeon focused on general and transplant surgery in Mexico City, Alberto Odor enjoyed providing for people for 25 years. But the allure of computers and the promise of how technology could improve care for entire populations prompted him to leave the operating room and his home country. Odor now calls California home and thrives on educating future health leaders at the Betty Irene Moore School of Nursing at UC Davis.

“In the mid-'80s, health informatics did not exist as such, but physicians from all over the world wanted to know how to make technology work for us in health care,” Odor, an adjunct professor at the School of Nursing, recalled. “The first program I developed enabled me to match transplant recipients with brain-dead donors. As I developed more solutions, I found myself canceling my medical appointments. I didn’t want to move from in front of my computer. I made up my mind that this is what I wanted to do the rest of my life.”

Odor recognized early in his career that health care would be dominated by computers. While working toward a medical degree at the National Autonomous University of Mexico, he taught at a nursing school in Mexico City. After earning his degree, completing residency programs, earning a master’s degree in clinical research and receiving numerous research grants, he assumed a visiting professor fellowship at UC Davis.

“The fields of health informatics and telemedicine were growing and UC Davis had the most advanced health informatics program, so I chose to come here,” Odor said. “I could offer my experience as a clinician, conduct research, and bring the cultural aspects of Mexican people and other Spanish-speaking countries into the classroom for future providers.”

What began as a nine-month scholarship as part of a collaborative academic program between the University of California and the National Council for Science and Technology in Mexico, turned into nine years of instruction and research. Odor teaches in both the School of Nursing and the School of Medicine, focusing on health informatics. He believes that students from different disciplines must learn together, in order to work together outside of the classroom. He also recognizes the role technology will play in their careers.

“Our students are exposed to Electronic Health Records and technology tools every day, so they must understand their function and their potential,” Odor explained. “Electronic Health Records were not designed thinking they would be the most important tool for public health and research. We are now beginning to understand how to extract the data. We must explore what to do with those results to have maximum impact.”

Odor also leads courses on Spanish health terminology and culture, virtual-reality simulation and robotics, as well as a digital photography class for freshmen in any field of study. His current research focuses on developing a Spanish-speaking interpretation program to be used in telepsychiatry and conducting statistical analysis of a genetic study. Odor’s days in the operating room are behind him, but he does not miss them. He would rather stay true to his first love, teaching.

“I first began teaching at a nursing school in Mexico in 1978 and have never stopped throughout my career,” Odor said. “You learn from students every day. That exchange is the same satisfaction of surgery on a patient. It’s just a different way of doing something really good.”